Rosemary DeCamp played the American mother in a variety of films and television series. I remember her as both Ann Marie and Shirley Partridge’s mother. She was born in November of 1910 in Arizona. Her father was a mining engineer and the family relocated often for his job. Her younger brother was 14 years younger than her, so they were both raised almost like only children. 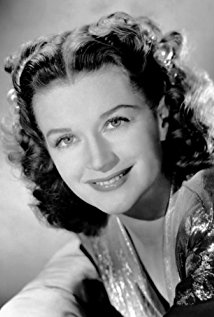 Rosemary began her radio career in 1937 playing the role of Judy Price, a nurse to Dr. Christian on the long-running show, Dr. Christian. From 1939-1941, she appeared a syndicated soap opera, The Career of Alice Blair. 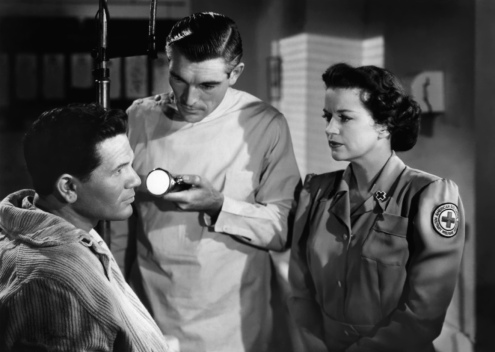 1941 was a memorable year for her for several reasons. It was also the year she married John Ashton Shidler, a local judge. The couple were married until his death in 1998, and they raised four daughters. 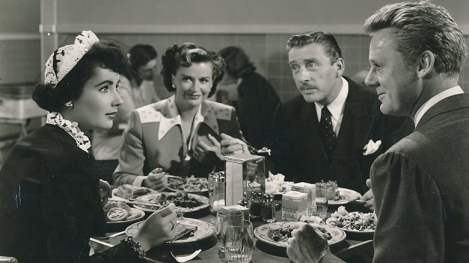 When that soap ended, she accepted her first film role in Cheers for Miss Bishop. She worked for a variety of studios. Many of her pictures were made by Warner Brothers. In 1942 she played the mother of George Cohan in Yankee Doodle Dandy. In 1943, she took the role of Ronald Reagan’s mother in This is the Army. In the early 1950s, she portrayed Doris Day’s mother in On Moonlight Bay and its sequel, By the Light of the Silvery Moon.

In July of 1946, she and her husband had a close call. They were in their Beverly Hills home when an aircraft crashed into the house next door. The wing cut into their roof and landed in their bedroom. The plane just happened to be an experimental one piloted by Howard Hughes. Hughes was rescued by a bystander before the plane exploded. He was very lucky, receiving only a few broken bones and cuts and abrasions. He paid for the repairs for all the homes involved, and luckily, no one else was hurt.

She appeared in 38 films during her career, including The Life of Riley with William Bendix as her spouse. In 1949, she again played Peg Riley, this time in a television show with Jackie Gleason. Her husband worked in an aircraft plant and they had two children. Of course, Riley was a bit of a bumbling father and husband, but she loved him and put up with his ineptness. His catchphrase was “What a revoltin’ development this is.”

She continued with her film work, mixed in with a few television show roles until 1955 when she played widow Margaret MacDonald on Love That Bob/The Bob Cummings Show. Her brother Bob was a photographer and play boy and she lived with him, raising her son Chuck and trying to get her brother to settle down.

After her role as mother Peg in the 1940s and Margaret in the 1950s, from 1966-1970, she had a recurring role on That Girl as Ann Marie’s mother Helen. She was the voice of reason when her husband got upset about something, typically having to do with Ann’s boyfriend Donald or her living alone in New York. 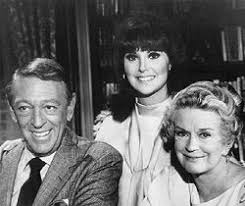 Coincidentally, in 1968 she also played the role of Helen on Petticoat Junction. She was not Helen Marie though, she was Kate’s sister who came to help take care of the girls when Bea Benardaret who played Kate was ill in real life. 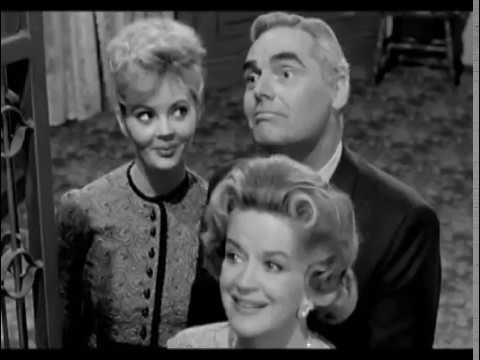 It was also in the 1960s that she was the spokesperson for 20 Mule Team Borax, a laundry detergent.

She continued accepting roles on a variety of television shows from crime dramas to westerns to Love American Style. Continuing her mother-a-decade role, in the 1970s, she showed up as Shirley Partridge’s mother on The Partridge Family. Again, she had to deal with a husband who usually needed some mediation with the family.

DeCamp continued to take on miscellaneous television roles. In 1989, she filmed an episode of Murder She Wrote. After the taping, she suffered a stroke, and decided to retire from acting.

In 2000, she published her memoir, Tigers in My Lap. The following year she died after contracting pneumonia at the age of 90. I could not find any information about any of her hobbies or interests, but she was an active Democrat all her life.

She will always be remembered as a caring mother. The Institute of Family Relations granted her its “Mother of Distinction Award,” because they felt she did “more to glorify American motherhood through her film portrayals than any other woman.”