Are you feeling comfortable?  You might want to lean back, put on a pair of plastic glasses, and say Ahhh.  Sorry, I guess I’m getting carried away by our topic today.  March 6 is National Dentists Day.  I thought it might be fun to delve into some shows that featured dentists.  Apparently, the average viewer finds nothing funny about dentists.  They are hard to spot on the small screen.  Perhaps it brings back too many pain-filled memories of the sound of drills and mouths so numb you bite your lip without realizing it. Finding dentists on television was like pulling teeth – sorry I’m getting carried away again. Let’s look at a few of them.

When we think of television dentists, most of us probably conjure up pictures of Jerry Helper (played by Jerry Paris) on The Dick Van Dyke Show or Jerry Robinson (played by Peter Bonerz) on The Bob Newhart Show. These two shows can make anything funny, even dentists.

Jerry and Millie Helper are the Petries’ next-door neighbors and best friends on The Dick Van Dyke Show.  Jerry is a dentist, and Millie is a stay-at-home mom with a son the same age as Richie, Rob and Laura’s son.  Jerry is a kidder and his comments often get him in trouble.

One episode, “Punch Thy Neighbor” from the first season, shows Jerry taking his teasing too far.  Jerry and Millie are watching the Alan Brady Show with Rob and Laura, and Jerry makes comments about how bad it is. Rob isn’t happy, but the next day he gets mad when several people, including the Helpers’ son Freddie and the milkman, tell Rob Jerry mentioned how bad the show was. Rob goes to talk to Jerry and ends up punching him accidentally. When he attempts to show Laura how it happened, he hit her as well. Richie tells Millie his dad hit his mom, and she sends Jerry over to get Rob under control.  Jerry walks in seeing Rob yelling, not knowing it’s because he tripped over a toy.  Trying to calm him down, Jerry wrestles him to the floor. Jerry realizes he was out of line with his joking.  You would think he learned his lesson, but at the end of the episode, Jerry starts again, and Rob hits him in the face with a pie. Like all the Dick Van Dyke episodes, this one is true to life, well written, and funny. 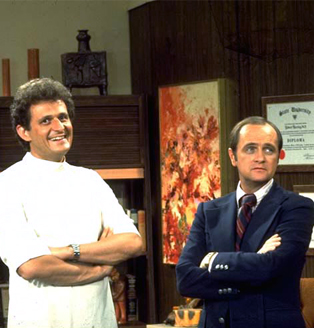 From 1972-1978, Jerry Robinson was Bob Hartley’s best friend on The Bob Newhart Show.  Bob realizes his friends and family are not any more emotionally stable than his patients; they just get his advice for free. Jerry is an orthodontist, and he shares a receptionist with Bob. When interviewed about his character, Bonerz said “Jerry Robinson was written by 25 guys. It was my job to make those 25 different versions of Jerry the dentist credible.” Robinson was a swinging single, slow to trust others, and easily angered. Yet, his character was likeable, and he credited that to a well-balanced cast who all made each other better.  They were like a close family; you don’t always approve of your family members, but you love them.  Bonerz’s theory was that Bob Newhart was the psychologist/listener of the family, and that role made everything else fall into place. If you needed a root canal, Dr. Helper might be more proficient, but you would enjoy the conversation during the procedure more with Dr. Robinson. 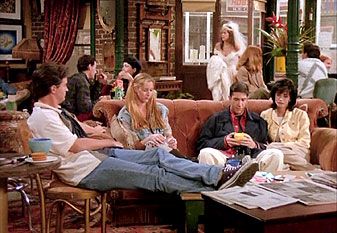 One dentist who was a critical component of a show, although most people don’t remember him, was Dr. Barry Farber.  Dr. Farber is the man Rachel Green was supposed to marry on Friends, but she left him at the altar, ending up living with Monica and meeting a new group of friends.

Several other shows, not as well-known as these three, also featured a dentist in their cast.

Doc Corkle was on the air in 1952.  Doc, played by Eddie Mayehoff, was a neighborhood dentist.  He lived with his father (Chester Conklin) and his daughter (Connie Marshall). Poor Doc has some money problems.  The biggest financial setback was the fact that the network cancelled the show after only three episodes.

I’m a Big Girl Now featured Diana Canova who played a divorced woman, Diana Cassidy, who goes home to live with her father Benjamin Douglass, a dentist (Danny Thomas).  His partner and his wife have run off to Spain.  Diana also has a daughter Rebecca and a neurotic brother named Walter. The show was cancelled mid-season.

Charley Shanowski, played by Ted McGinley, is a dentist on Hope & Faith.  His wife Hope (Faith Ford) is a stay-at-home mom with three children.  Her sister Faith (Kelly Ripa) was a soap opera star whose character was killed off on the show.  She moves in with her sister but expects to be treated like the star she used to be.  Charlie does not like Faith and spends a lot of his time trying to get her to leave.  We can understand why.  It seems like every time a dentist has a show where a family member moves in, the network cancels the show.  At least this show made it three seasons instead of three episodes before it got pulled.

Probably my favorite show with a dentist was an episode of The Carol Burnett Show. Like so many of the funniest episodes, this one featured Tim Conway (the dentist) and Harvey Korman (the patient). When interviewed about the skit, Conway said that memorable sketches often create themselves.  “The novocaine portion of the dentist sketch wasn’t planned—it just happened. That’s the magic of comedy; you never know when it is going to sneak up on you and make you laugh.” The dentist skit was based on Conway’s real-life dentist who stuck the needle of novocaine into his own thumb while working on a patient. Korman didn’t know Conway was going to put that in the sketch. 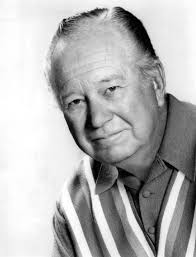 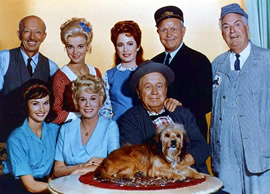 Last, but not least, I wanted to mention Edgar Buchanan, Uncle Joe in Petticoat Junction.  Buchanan earned a DDS degree from North Pacific College of Dentistry in Oregon. His father was also a dentist. During the time he was a pre-med student, Edgar took acting classes at the University of Oregon and eventually left dental school to take a position in their drama department. His father convinced him to finish his dental degree first.  When he returned to North Pacific he met Mildred Spence, another dental student.  They graduated in 1928. After marrying, the couple moved back to Eugene, Oregon where they opened a private practice. From 1930-1937, Edgar was chief of oral surgery at the Eugene Hospital Clinic but also worked as an assistant director in the University of Oregon drama department. In 1939, the couple moved to Pasadena. When Edgar appeared in a production at the Pasadena Playhouse, he received his first film offer.  So, at the age of 36, he turned over the practice to his wife and became an actor.  He appeared in more than 100 films between 1941 and 1974. He was the only cast member of Petticoat Junction to appear in all 222 episodes.

Tim Conway talks about The Dentist episode to Conan O’Brien and they play a clip from it. If you watch it enough times, you might not actually look forward to going to the dentist, but you might not dread it as much. And if you’re a hopeful television creator, write a show about dentists.  They’re due for a big hit.