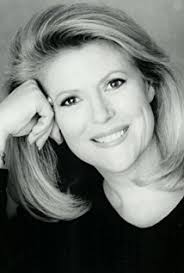 Meredith MacRae is one of those actresses almost everyone recognizes but are not always sure why they remember her. Perhaps it was one of her 14 movies. Then again it could be the two television shows she had a regular role on or one of the other 18 shows she appeared on. It might be from a game show where she was a a panelist or as a singer on a variety show or one of her many commercials. Some folks saw her talk show in LA. She also worked hard for a variety of charities and traveled around the country speaking on alcoholism. Viewers might not be exactly sure how they know her, but everyone realizes they liked her. She had that friendly and caring quality. 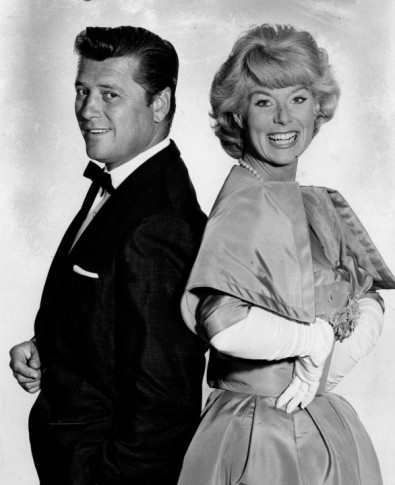 MacRae was born on May 30, 1944, in Houston, Texas on a military base where her father was stationed. Her father, Gordon MacRae was a big star, featured in Roger & Hammerstein’s Oklahoma and Carousel. Her mother, Sheila MacRae was an actress and comedienne, appearing as Jackie Gleason’s wife on The Honeymooners.

Meredith began her acting career at a young age, receiving a part in By the Light of the Silvery Moon in 1953, which starred her father. Her part was later cut.

Her father struggled with alcoholism, and her parents divorced when she was ten.  Meredith was always close with her siblings.

She attended UCLA and obtained a Bachelor of Arts degree in English. She had roles in two of the ever-popular beach blanket movies—Beach Party in 1963 and Bikini Beach in 1964. That same year she married Richard Berger, former president of MGM. They divorced four years later.

Meredith would appear on the big screen ten more times, none of the movies being well remembered.

In 1963, Meredith was offered a role on My Three Sons. She played Sally, Mike’s girlfriend and later wife from 1963 until 1965. Although the show was on the air until 1972, Tim Considine who played Mike, left the show in 1965 and the story line was that he and Sally moved to Arizona.

MacRae was offered another sitcom role when her work on My Three Sons ended. She took the role of Billie Jo Bradley on Petticoat Junction, appearing in 114 episodes. She was the third star to play Billie Jo. In 1970 the show as cancelled.

In 1969, Meredith married again, this time to actor Greg Mullavey (best known from his role on Mary Hartman, Mary Hartman). They divorced in 1972 but remained friends and had a daughter Allison. Meredith was extremely close to her daughter and she traveled with her often.

Meredith released two singles with Lori Saunders and Linda Kaye Henning, her sisters on Petticoat Junction. She also had two singles as a solo artist. She was also seen on many game shows including Match Game, Family Feud, and the $10,000 Pyramid.

Meredith would continue her television career throughout the 1970s and 1980s. She was seen in The Interns, The FBI, The Rockford Files, CHiPs, Fantasy Island, Webster, Magnum PI, and was on my favorite episode of Love American Style.

Eventually Meredith became a television producer and writer. She also made several PBS specials tackling women’s issues, medical problems, and the aging of America. She received her own talk show which was really an investigative show called “Mid-Morning Los Angeles” for which she won an Emmy.

During the late 1990s, MacRae complained about vertigo and a loss of short-term memory. She was misdiagnosed as having issues related to peri-menopause. In 1999, she struggled with severe headaches and was told it was muscle spasms.  When she went in for a second opinion, she discovered she had Stage 4 brain cancer. She had the tumor removed and then agreed to join an experimental cancer drug treatment group, but she had an allergic reaction which caused her brain to swell. She had more surgeries and then broke her hip.

Many people praised her for maintaining her dignity and sense of humor during this painful time.

Meredith had a way of making others feel important. She had a genuine warmth and was friendly, appearing sincerely interested in others. I read about a Ladies’ Fun Night which she held every month or two. She would invite her friends and a guest speaker. Typically, about 25 women were invited including her old friend Linda Henning.

Meredith always found time to travel to discuss the effects of alcoholism on families. She enjoyed seven years with her father when he was sober before he passed away, and he approved of her speaking engagements.  She also worked for many charities including the League of Women Voters, Women in Film, Committee for the Children’s Burn Foundation, and the United Cerebral Palsy Foundation (UCPF). Her parents had also supported UCPF, and Meredith was their telethon host for 20 years. After she passed away, the MacRae/Edelman Center, a place where adults with cerebral palsy can get help, was named for her.

When asked what helped her get through some of the tough times in her life, she replied “I believe in getting help from your friends. I don’t know what I would do without my women friends.” Many viewers who never met Meredith in person considered her a friend. She lived an incredibly meaningful life.

8 thoughts on “I Know That Girl From Somewhere: The Career of Meredith MacRae”