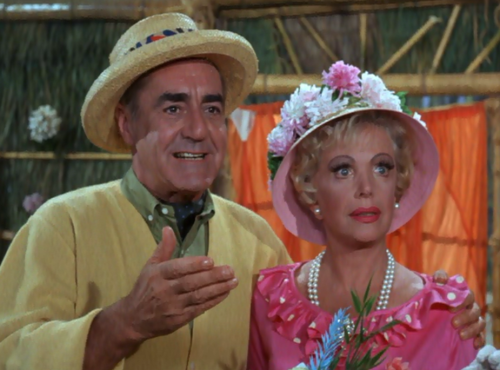 Today we continue our month-long series about the characters on Gilligan’s Island and the stars who portrayed them. We begin with the millionaire, Thurston Howell III, and his wife, Lovey. On the island, their money is worthless, but it doesn’t stop Mr. Howell from bribing other captives when it’s in his best interest.  He must have been a boy scout who learned the motto, “Be prepared,” because he and his wife took clothes on a three-hour tour to last a few years. In real life, Natalie Schafer was the millionaire. Both Backus and Schafer had very interesting careers. 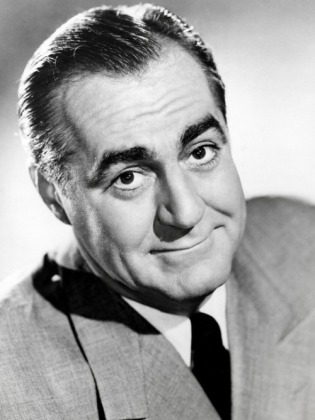 Jim Backus was born in Cleveland in February of 1913. He was one of those stars who seemed to excel in everything:  radio, Broadway, animation, big-screen movies, and television series. In an interesting aside, Margaret Hamilton who would go on to have a full career including the Wicked Witch of the West at the Wizard of Oz, was one of his grade school teachers. Jim grew up in a wealthy area, attending Shaw High School in East Cleveland. His father was a mechanical engineer. I could not find exact proof of this but several articles mention he was expelled from the Kentucky Military Institute for riding a horse in the mess hall. He later attended the American Academy of Dramatic Art.

In 1939 he married Betty Kean; they divorced in 1942. One of his famous quotes was “Many a man owes his success to his first wife and his second wife to his success.” 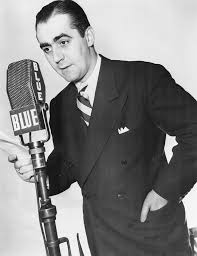 In the 1940s, Backus began appearing on radio as the “rich man,” which he often portrayed afterward on radio and television. He played the role of aviator Dexter Hayes on Society Girl on CBS Radio Network. He also appeared on the Mel Blanc Show as Hartley Benson, an arrogant character, and as Hubert Updike on The Alan Young Show. He also showed up regularly on The Jack Benny Program.

During his radio years, he married Henny Backus whom he was married to the rest of his life. 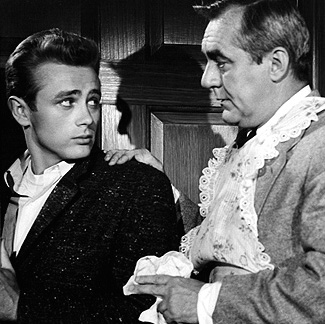 He began his big-screen cinema career in 1949 and would go on to appear in almost 100 movies, including Here Come the Nelsons, Pat and Mike, and Rebel Without a Cause (seen above). His most famous movie role was probably Tyler Fitzgerald in It’s a Mad Mad Mad Mad World. My favorite movie of his is Hello Down There with Tony Randall and Janet Leigh from 1969. 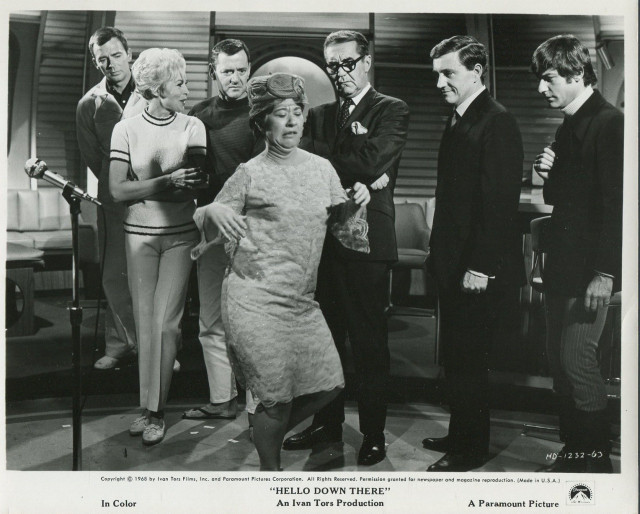 During the 1950s, he began auditioning for roles on television. He would go on to appear on 18 different series during that decade, including I Married Joan, on which he starred with Joan Davis. On the show, Backus played a respected judge and Davis was his scatterbrained wife. The show was very popular and lasted three seasons. 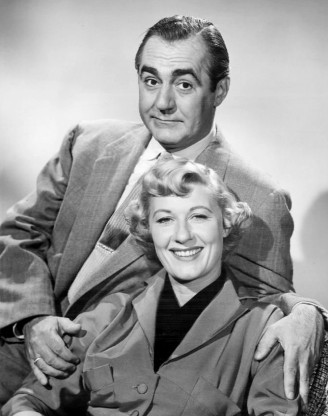 As if he wasn’t busy enough with acting in the 1950s, he also made a song recording with Phyllis Diller that hit the top 40 in 1958. It was called “Delicious,” and the two of them would take a sip of champagne throughout the song, saying “Delicious.” As the song continues, they get more drunk and a bit giddy, slurring their words and laughing hysterically. 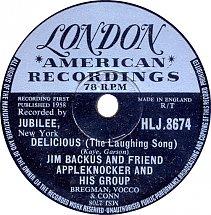 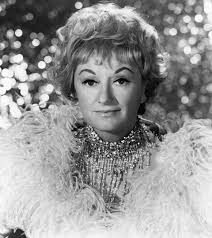 His television career continued to be demanding in the 1960s. He appeared on 25 series, and four of them had regular starring sitcom roles. In 1960, The Jim Backus Show debuted. The program focuses on Backus in the role of Mike O’Toole, the editor/proprietor of a low rent wire service struggling to stay in business. 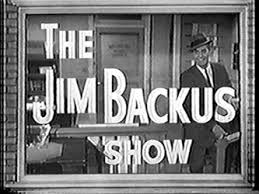 He had made movie shorts about Mr. Magoo in the 1950s and in 1960, he starred in 130 episodes of Mr. Magoo and would make 26 more episodes under the title The Famous Adventures of Mr. Magoo in 1964-1965. Mr. Magoo was an older nearsighted man who was very popular, appearing in ads and merchandise for years. The humor of the show was based on the difference between what Mr. Magoo thinks he sees and the reality of what was really there. Jim Backus liked to repeat a story about his famous character. He was in the movie, Don’t Bother to Knock, with Marilyn Monroe. She asked Jim to meet her in her dressing room later and his curiosity got the best of him, so he went, only to learn she wanted him to portray Mr. Magoo which he did. 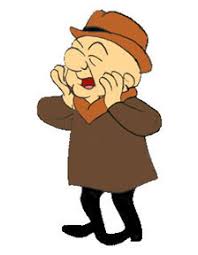 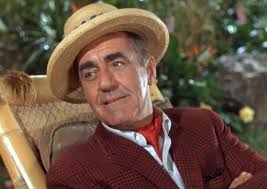 During the 1960s, he also appeared on 77 Sunset Strip, The Beverly Hillbillies, Daniel Boone, The Wild, Wild West, and I Spy, among others. 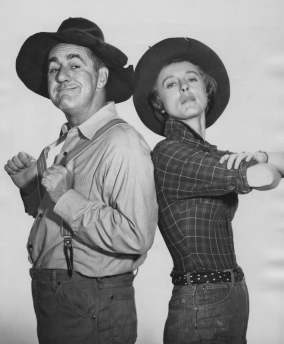 Backus continued his television work into the 1970s where he appeared on 31 shows. He appeared in a variety of genres including I Dream of Jeannie, Young Dr. Kildare, Medical Center, The Brady Bunch, Gunsmoke, Ellery Queen, Charlie’s Angels, Fantasy Island, and The Love Boat. 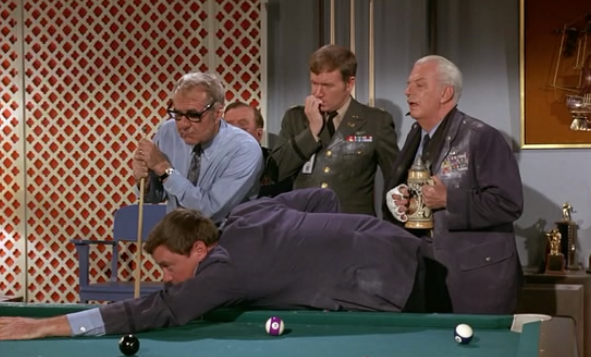 Backus also continued his commercial work in the 1970s and 1980s. He was the spokesperson for La-Z-Boy furniture and General Electric. He and Natalie Schafer appeared in an ad for Redenbacher’s popcorn. They played their characters from Gilligan’s Island but apparently had been rescued and were in a luxurious home. In a sweet ending, it was the last television appearance for either of them.

When Jim Backus had a little bit of free time between acting jobs, he loved to golf. He also tried his hand at writing a few books and film scripts, including his autobiography which he wrote with his wife, Only When I Laugh in 1965. 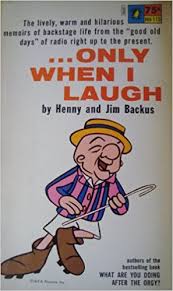 In July of 1989, Backus died from pneumonia, after suffering from Parkinson’s disease for many years.

He had a long and varied career and seemed to have many friends in the business. 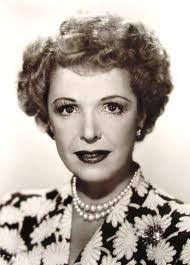 A millionaire in real life, Natalie Schafer seemed like a very fun woman, a bit of a character. She was born in November of 1900 in New Jersey and raised in Manhattan. She was quite secretive about her age, often claiming she was born in 1912.

She began her career in Broadway, appearing in 17 plays. She married actor Louis Calhern in 1934 and they divorced in 1942. She moved to Los Angeles in 1941 to become a film actress and received parts in 34 movies. Incidentally, she and her ex remained friends and appeared together in the movie Forever Darling in 1956.

Like Backus, Schafer typically played wealthy and sophisticated roles. She did not have the versatility her tv husband had but continued to stay busy acting on television.  While Gilligan’s Island was her only long-term role, she appeared on 21 shows in the 1950s (including I Love Lucy, Loretta Young, Phil Silvers, and Topper); 8 in the 1960s (including The Beverly Hillbillies, 77 Sunset Strip, and Route 66); 15 in the 1970s (including Mayberry RFD, The Brady Bunch, and McMillan and Wife); and an additional 8 shows in the 1980s before she passed away (including Three’s Company, The Love Boat, Trapper John, and Simon and Simon). 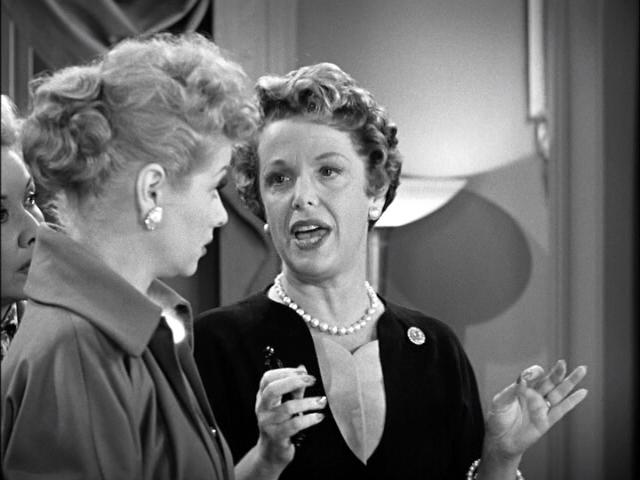 Schafer made most of her money from investments, particularly in real estate.

Several sources revealed that much of her fortune was bequeathed to either her Gilligan’s Island co-star Dawn Wells or to care for her dogs; however, at least $1.5 million was donated to the Lillian Booth Actors’ Home to renovate their outpatient wing. I never saw any answers from Wells about inheriting money, but on Vicki Lawrence’s talk show, she did say that Schafer spent her last years living with her. Like many wealthy people, she was quite thrifty.  She often admitted that she accepted the role of Mrs. Howell because she got a free trip to Hawaii to film the pilot and didn’t expect it to get picked up. 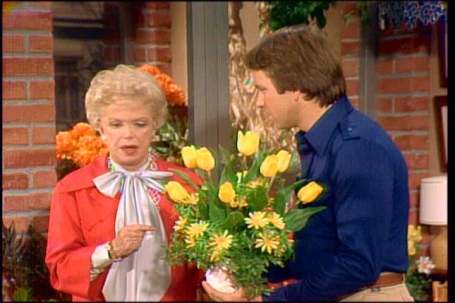 Everyone seemed to like her on the set. Dawn Wells said she especially adored Schafer and Backus. Schafer was a hard worker and liked to keep fit. In a Chicago Tribune article from October 25, 1965, she relayed her secrets for staying in shape. For one thing, she did her own stunts on the show. She also said she swam nude every morning and evening, doing 100 strong kicks at the side of the pool. She also invented an ice cream diet for herself. She claimed to eat a quart a day, saying she had a bowl of vanilla ice cream with her coffee, two bowls of varying flavors for both lunch and dinner, and another single bowl for an afternoon snack. She claimed that she would lose three pounds in five days.

In 1990, Schafer passed away from liver cancer. After her death, she wanted people to realize her true age, and many of her closest friends were quite surprised to learn she was 12 years older than she claimed. 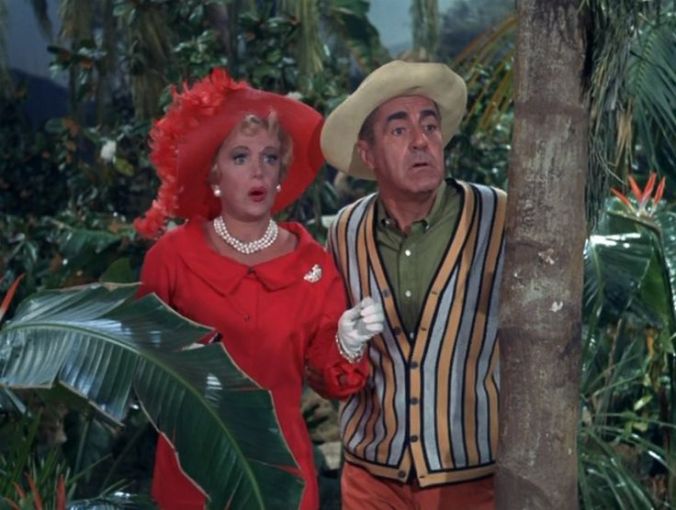 While Thurston Howell III and his wife Lovey were two interesting characters, I don’t think they can compete with the characters who were Jim Backus and Natalie Schafer. I had a lot of fun learning about them.

8 thoughts on “The Millionaire and His Wife: Jim Backus and Natalie Schafer”