As we continue our look at actors and actresses who made great character roles their own, our last meeting is with Ruth Buzzi.  While she was primarily known for her characters on Laugh-In, she has had a long and full career.

Ruth was born in July of 1936 in Rhode Island. Her father was a famous sculptor who was born in Switzerland. He carved the marble eagles at Penn Station in New York City, the Leif Erikson Memorial in Providence, and several animals at the American Museum of Natural History in New York. For his family business, he created thousands of tombstones. In one article I read that he was asked to work on the Mount Rushmore presidents, but declined because he had a fear of heights.  I was not able to confirm that story however. She was raised in Connecticut. Her brother took over the family business and sold it a couple of years ago.

Ruth was head cheerleader in high school. At 17, she enrolled at the Pasadena Playhouse for the Performing Arts where she studied voice, dance, and acting, graduating with honors. Her classmates there included Dustin Hoffman and Gene Hackman.

Her first job was while she was still in school, traveling with Rudy Vallee in a musical and comedy act. After graduation, she moved to New York City and appeared in revues throughout New England. She teamed up with Dom DeLuise in a skit where he was an incompetent magician and she was his assistant. Buzzi decided to name her character, who never spoke, Shakuntala. They appeared to a national audience when they were booked on The Garry Moore Show in 1958. In the late 1960s Buzzi received a role on The Steve Allen Show.

Buzzi married Bill Keko in 1965. They would divorce a decade later. 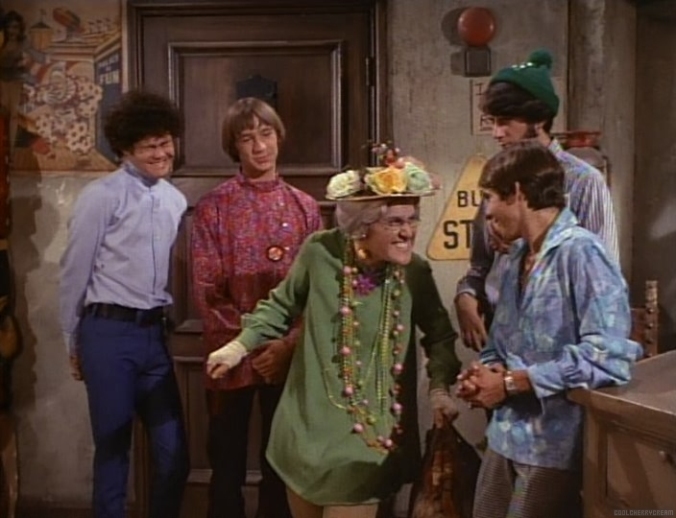 During this time, Ruth was hired by Bob Fosse to perform in a Broadway show, “Sweet Charity.” She also had an appearance on The Monkees. While she was in the play, she auditioned for a role on Rowan & Martin’s Laugh-In in 1967.

She received the role, and it was on that show that many of her funniest characters were created. Along with Dick Martin and Dan Rowan, she was the only person to appear in every episode of the show. (Gary Owens also appeared every series episode, but he was not in the Laugh-In special.) Buzzi was a versatile performer; her quirky characters included Busy-Buzzi, a Hollywood gossip columnist; a prostitute, Kim Hither; Doris Swizzle (sometimes Sidebottom), who ends up drinking too much with her husband; and one of two inconsiderate flight attendants.

Her most beloved character was Gladys Ormphby, a spinster dressed in a hair net and drab clothing. She always carried a purse and would use it to hit people when she was frustrated. Gladys was often paired with Arte Johnson as Tyrone, a dirty old man who was hit many times. (I have read about a lot of strange cartoons in the 1970s and one of them was The Nitwits, a cartoon about Gladys and Tyrone. Johnson and Buzzi voiced their characters.) Her performances on Laugh-In earned her a Golden Globe Award and five Emmy nominations.

While I remember Buzzi from Laugh-In, the role I knew her best in was Pete Peterson, Ann Marie’s friend on That Girl which she appeared on during her Laugh-In tenure. 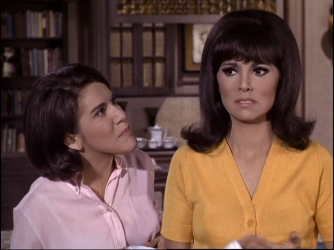 Buzzi was one of the many starts who frequently appeared on Sesame Street. She was nominated for an Emmy on that show for her role of Ruthie, a store owner. She later appeared at the dedication of Jim Henson’s star on Hollywood Boulevard after his death.

In 1975, she starred with Jim Nabors in The Lost Saucer. This was a Sid and Marty Krofft production, so you know it was a bit odd. The stars were time-traveling androids Fi and Fum. The show was cancelled after 16 episodes.

During the 1970s, Ruth also was the spokesperson on a number of products, including Clorox 2, Clairol, Ban deodorant, the Santa Anita Raceway, and Sugar Crisp Cereal. In the Sugar Crisp ads, she was Granny Goodwitch, a role she created for a 1960s animation show, Linus! The Lion Hearted. 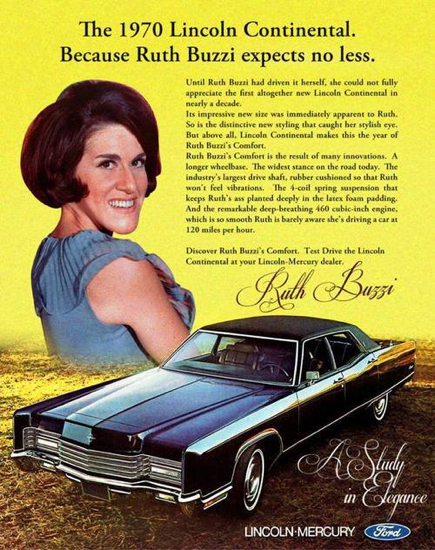 In 1978, another important milestone occurred for Ruth when she married her husband, Kent Perkins.

Her television work continued into the 1980s when she appeared on CHiPs, Trapper John, and The Love Boat. She was Chloe, the never seen, but often mentioned wife of Henry Beesmeyer on Alice. She also made eight appearances on The Tonight Show with Johnny Carson. She was in 25 films during her career including The Apple Dumpling Gang Rides Again and Freaky Friday. She currently has two movies in post-production:  One Month Out with Barry Bostwick and John Schneider and Glen’s Gotta Go. 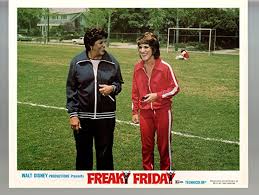 Buzzi is also well known as a voice actress. Most of her roles since 1985 have been for animation series. She voiced characters in the series Pound Puppies, Mama Bear in The Berenstain Bears, Smurfs, Chip and Dale, Darkwing Duck, Rocket Power, and Angry Beavers.

She also had a nightclub act which toured the United States for a year. In addition, she was on most of the Dean Martin Roasts, typically playing Gladys.

Ruth currently lives with her husband in Texas on a 600-acre ranch. Her hobby is painting. The couple also collects antique automobiles, primarily post-war English cars. She also volunteers for a variety of charities.

Like Fanny Flagg, Bill Daily, and Howard McNear, Buzzi can be described as delightful. I’m happy to celebrate such a full career for such a fun woman.

8 thoughts on “Ruth Buzzi: Born to Be a Comedienne”