After complaining about the number of lack-luster shows on the 2016-17 schedule, I decided to look back 50 years to see how the line-up looked in 1966.  I was surprised to learn that things haven’t really changed too much.

One of my all-time favorite shows aired in the fall of 1966–That Girl.  I’ll write about the show next week.  Two other shows that debuted in 1966 were Family Affair and The Monkees, shows I would not consider classic comedies but shows we remember nonetheless.

Let’s take a look at the other shows from fall of 1966.  Let me know how many of these, if any, you remember.

The Hero – Richard Mulligan (later to star in Soap and Empty Nest) plays Sam Garret, a TV actor on a western who was scared of horses, allergic to sagebrush, and extremely clumsy.  If you don’t’ remember this show, don’t feel bad; it only lasted four months.

Hey Landlord – A writer (Will Hutchins) and a comedian (Sandy Baron) become landlords for a Manhattan brownstone.  Apparently they only had a one-year lease, because they were gone by 1967.  Cast members included Ann Morgan Guilbert (Milly from the Dick Van Dyke Show) and Sally Field (Gidget, the Flying Nun, and Nora on Brothers and Sisters). 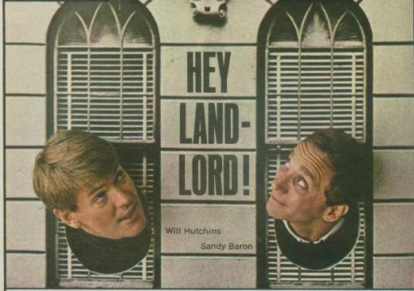 It’s About Time – Two astronauts break the time barrier and end up in the Prehistoric Era. After saving a boy, they get to know his family.  When they return home in 1966, they realize the family hid themselves aboard the rocket.  The astronauts have to keep them secret from NASA officials, and the family has to learn to live in a modern society.  Someone might have dreamed about Jeannie, but no one dreamed about this show. 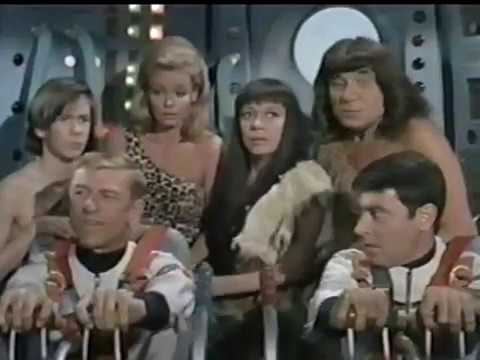 The Jean Arthur Show – Movie star Jean Arthur is part of a mother-son law firm, Marshall & Marshall.  Arthur gets involved in their clients’ wacky situations.  After three months, they were legally cancelled.

Love On a Rooftop – Judy Carne and Peter Duel are a young couple living in San Francisco.  He’s an apprentice architect and she’s an art student who gave up her rich father’s money for marrying him.  Rich Little played their neighbor Stan who composed menus for a living.  The network said “Sock it to Them” by cancelling the show.

Mr. Terrific – Two friends Stanley and Hal are roommates.  Stan works for the government. When they give him a pill, he becomes Mr. Terrific, crime solver.  They send him on missions, but the pill only lasts an hour so it wears off at the worst of times.  I don’t think the network thought it too terrific, because it was gone in seven months. 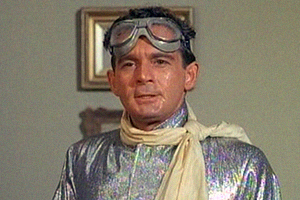 My Name’s McGooley, What’s Yours? – The show centered around a scheming father, his daughter and her husband, a beer-guzzling loser.  I think it took longer to read the title than to watch the episodes because it was not renewed for the next year.

Occasional Wife – A baby food company only hires married men as executives, so Peter convinces his friend Greta to pose as his wife when necessary.  They live on different floors of the same apartment building and get into a lot of complicated situations.  Apparently viewers only watched occasionally because it was cut from the schedule.

Pistols ‘n Petticoats – Ann Sheridan came to the TV screen to play Hank, short for Henrietta, a member of a family in Wretched, Colorado in 1871.  The family has to keep law and order in the town because the local sheriff is incompetent.  People did believe they were wretched, and it was gone before 1967.

The Pruitts of Southhampton – The premise of this show was that a formerly wealthy family realizes they owe $10,000,000 in taxes and has to downsize their lifestyle while keeping it from all their friends.  The network agreed they were poor and cut it for 1967.  What was amazing about this show not being a hit was the cast:  John Astin, Richard Deacon, Billy De Wolfe, Phyllis Diller, Reginald Gardiner, Marty Ingels, Gypsy Rose Lee, Paul Lynde, John McGiver, and Louis Nye.  Talk about a dream cast.

Rango – Tim Conway starred in this western sitcom.  His Rango character was totally inept and was assigned to a town with a 20-year peaceful record where he couldn’t get into trouble.  Of course, after he arrives, a crime spree begins.  ABC decided the show inept as well, and it was cancelled after a few months.

The Rounders – Westerns were definitely a theme in 1966.  In this version, two not-very-bright cowboys are hired as hands at a ranch.  After four months, the network rounded up the cast and ran them out of Dodge. 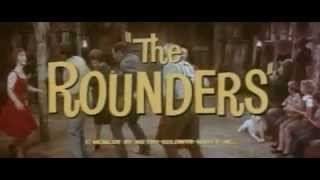 Run Buddy Run – Buddy Overstreet, a shy accountant, is in a steam room when he overhears gangsters plotting a murder.  When they realize Buddy knows their plan, they try to capture him.  After only four months, the network cancelled Buddy before the gangsters could.

The Tammy Grimes Show – Tammy Grimes, a Broadway star, plays a young heiress who’s on a small allowance until she turns 30.  She tries to fulfill her elaborate lifestyle with wacky schemes.  Dick Sargent (Darrin on Bewitched) plays her boring twin brother.  Perhaps the show had a small allowance too because it only lasted three weeks! 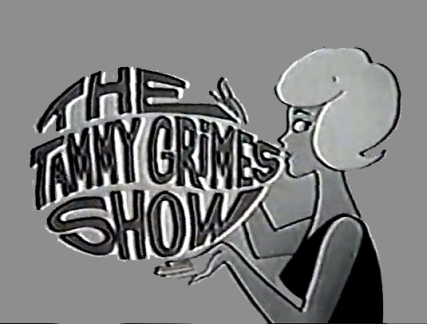 Whoo!  This line-up of shows makes Family Affair, which lasted five years, and The Monkees, which lasted two years, look like successful, classic shows.  It doesn’t make this fall’s shows any better, but at least we’re in good company.  We’ll talk about That Girl next week.