While it is not uncommon for stars to transition from television to movies–think about Robin Williams, Sally Field, Melissa McCarthy, and Tom Hanks–it is less likely to see stars move from the big screen to the small screen.  Jane Fonda has transitioned to television in Frankie and Grace and Fred MacMurray did it with My Three Sons.  For most stars, the move has not worked out very well. Let’s look at a few stars who tried to make the conversion.

Neil Hamilton (best known as Commissioner Gordon on Batman) plays Franklin Westbrook, a conceited drama critic who dislikes almost everything. Jack Lemmon plays Harold, a Midwesterner who thinks working for Westbrook will help him become worldly and give a boost to his acting career. His girlfriend is played by his real wife Cynthia Stone. The episodes revolved around his romantic and business adventures in New York City.  Perhaps Westbrook panned the show because it was cancelled after three episodes.

Three years later, Lemmon gave it another try. In this show, Lemmon plays Peter Bell, a toy store buyer. His wife Cynthia again played his wife Betsy. The series was based on a sketch “The Couple Next Door” that Lemmon and his wife played regularly on the Frances Langford/Don Ameche Show. Each episode lasted 15 minutes, and it told about the newlyweds’ struggles in New York City. Instead of three episodes, this series lasted three months.

After playing Ado Annie in Oklahoma, Holm tried her hand at television. She plays Celeste Anders, a Minnesota college professor living in Manhattan, who is getting journalism experience working for the NY Express. Celeste wrote stories ranging from modern art to underprivileged families. She also dated the publisher’s son Bob Wallace, played by Scott McKay. After three months, she was sent back to school in Minnesota. What was most surprising about this failure was that Norman Lear (who would go on to create dozens of shows) and Larry Gelbart (who later created M*A*S*H) were both part of the writing staff.

Bridging television and movies, Gene Kelly redid Bing Crosby’s movie from 1944 for the small screen. Kelly is Father Chuck O’Malley, a progressive priest assigned to the slums of New York. Father Fitzgibbon played by Leo G. Carroll is a cantankerous, old priest. Dick York was his boyhood pal Tom Colwell who ran the community center. Mrs. Featherstone (Nydia Westman) played the rectory housekeeper. The list of guest stars on the show was very impressive, but after a year, the network told Kelly to keep going and cancelled the show. 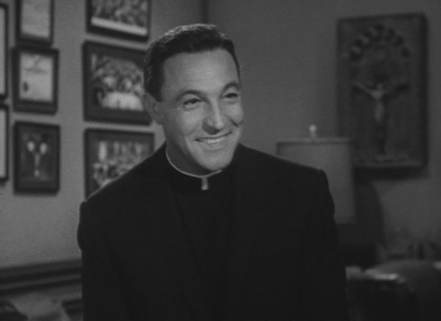 I guess Bing decided if Gene Kelly could enter television with his old movie, he might also give it a try. He plays Bing Collins a former singer. He is now an electrical engineer married to Ellie (Beverly Garland) with two daughters Janice (Carol Faylen), 15, and boy crazy and Joyce (Diane Sherry), 10, who had a high IQ. It lasted one season. Not surprisingly, this series also attracted a lot of big-name guest stars including Frankie Avalon, Jack Benny, Dennis Day, Joan Fontaine, and George Gobel. Apparently, Garland had a thing for engineers because she would marry aeronautical engineer Steve Douglas on My Three Sons. 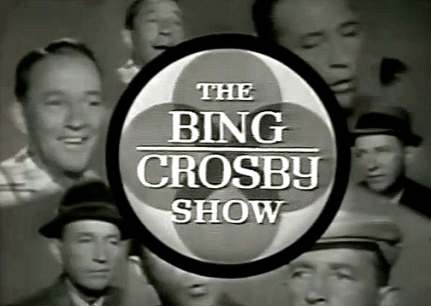 Mickey plays Mickey Grady who leaves the Coast Guard to manage a posh hotel, Newport Arms in California, with his wife Nora (Emmaline Henry) and two young boys. His real son plays one of his sons on the show. Sammee Tong plays the hotel’s manager. The former supervisor has left a lot of problems for Mickey. The show was cancelled in January airing only 17 episodes.

After vowing never to work on television again, Rooney tried it again 18 years later. Now he plays 66-year-old Oliver Nugent, rescued from a nursing home by his grandson Adam Shields (Dana Carvey). Adam is a college student who takes him in. Adam’s roommate, Jonathan Burns (Nathan Lane) is not so happy about the situation. Oliver looks for a job and lands one singing in a restaurant. Also appearing in the cast was Scatman Crothers who sang with Oliver and had also left the nursing home.  A young Meg Ryan played Adam’s girlfriend Jane. The show debuted at 18th place in the ratings but by within a month it had dropped to 68th. Even with this cast, the show was cancelled after an unlucky 13 episodes.

Jimmy Stewart jumped to the small screen with great anticipation and excitement by viewers. He  played anthropology professor Jim Howard. Howard teaches at Josiah Kessel College, started by his grandfather.  His house is full with his wife, his son Peter, Peter’s wife Wendy, and his grandson Jake. He also has a young son Teddy, who happens to be the same age as his grandson. His friend Luther Quince often stops by to eat and give advice. Jim talks to the audience during the show and wishes them love, peace, and laughter at the end of each episode. Even beloved Jimmy Stewart was unable to save this show which was cancelled after one season. 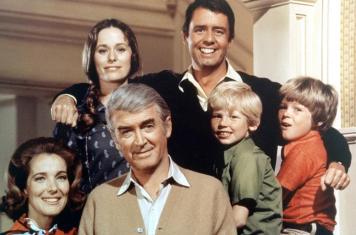 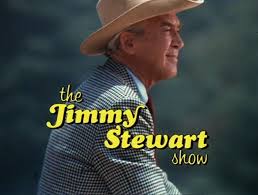 Doris Day was the most successful actor moving from film to television. However, I think the reason she managed to keep her show on the air for five seasons was because she changed the format so often that CBS did not realize it was the same show.  In 1968, Day is Doris Martin, a widow with two kids. She moves from the city to Mill Valley, CA to live on her father’s ranch.

The second season she commutes to San Francisco after accepting a job as an executive secretary to Michael Nicholson (MacLean Stevenson), the editor of Today’s Magazine. Rose Marie was Myrna Gibbons and Denver Pyle again played her father Buck Webb.

In 1970, Doris and the kids move to an apartment over an Italian restaurant run by Kaye Ballard and Bernie Kopell. Billy De Wolfe was her neighbor. Now Doris is writing feature stories for the magazine.

When the show returned the next fall, Doris was single and a reporter for a magazine. Her new boss was Cy Bennett (John Dehner) and she had a boyfriend Peter Lawford but later her boyfriend turned into Patrick O’Neal. There was no restaurant.

By 1973, the network caught up with all the changes and cancelled the show. 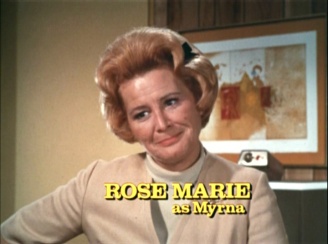 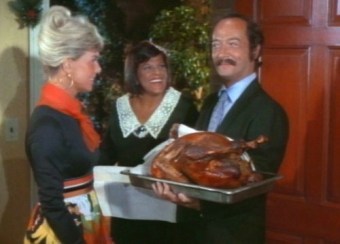 It was interesting that so many actors failed in television when they were such celebrated movie stars. The radio stars seemed to have better luck making the transition. Jack Benny and Burns and Allen had long-lasting and popular shows. It’s hard to imagine actors like Ryan Gosling, Amy Adams, Julia Roberts, or Ben Affleck bombing on a television series today.

I think for now I will continue to choose to watch Pillow Talk, Move Over Darling, Harvey, The Philadelphia Story, Some Like It Hot, Singing in the Rain, and Hope and Crosby’s Road movies and set aside the television DVDs these stars appeared in.