If you’ve been following my blog for a while, you know I am a big fan of the show Family starring James Broderick and Sada Thompson.  Along with Gary Frank and Kristy McNichol, Meredith Baxter played one of their children on the show. As Nancy, she got divorced and moved into a garage apartment with her son Timmy. She went to law school to follow in her father’s footsteps. Today we will learn a bit more about the life Meredith Baxter had off the show.

Baxter was born in 1947 in California. Her mother was Whitney Blake who played Dorothy Baxter on Hazel. Her father was a radio announcer. Her parents divorced when she was 6. She lived with her brothers and her mother who eventually remarried; Meredith’s stepfather was sitcom writer Allan Manings. Manings wrote for a variety of shows, including McHale’s Navy, Laugh-In, Good Times, and both the original and reboot of One Day at a Time.

Baxter went to Hollywood High. She briefly transferred to Interlochen Center for the Arts as a voice major, but returned to Hollywood High to graduate. Shortly afterward she married Robert Lewis Bush and they had two children. They divorced in 1971.

For the next few years, Meredith appeared on a variety of television shows and in several big-screen movies, including The Doris Day Show and The Partridge Family.

The following year, Meredith got her first major acting role: Bridget Loves Bernie. She starred with David Birney. The premise behind this sitcom is that wealthy, Catholic Bridget Fitzgerald marries lower-class, Jewish Bernie Steinberg who drives a cab. Both sets of parents are uncomfortable with their children’s mates.

Although the show only lasted one season, she and Birney lasted a little longer. They married in 1974 and had twins. In 1989 they divorced and don’t have very good things to say about one another.

In the mid-seventies, television kept Meredith very busy with 11 appearances on shows such as Medical Center and McMillan and Wife and 10 made-for-tv movies.

She appeared on the big screen in All the President’s Men in 1976 before taking the role of Nancy Maitland on Family that same year.  Family featured the Lawrences. Kate is a stay-at-home mom and a bit distant but obviously loves her children. Warm, friendly Doug is a lawyer and judge. Nancy is in her twenties but much more mature than her brother Willie who can’t decide what to do with his life. Buddy, a tweener, is the youngest in the family.

Critics as well as viewers were devoted to the show. Baxter was nominated for an Emmy for Outstanding Continuing Performance by a Supporting Actress in a Drama Series in both 1977 and 1978. She was beat by her “sister” McNichol in 1977 (McNichol was nominated every year the show was on) and by Nancy Marchand for Lou Grant in 1978.  For both years, Family was nominated as best show and Sada Thompson as lead actress which she won in 1978 (Thompson was also nominated every year). Gary Frank as Willie won in 1977. James Broderick also received a nomination during those years.

The following year, she would land the role that made her the most famous, Elyse Keaton on Family Ties. In this much-beloved show, Elyse and Steven, former hippies, raise their four children who have different values than they did. Alex, the oldest is a conservative interested primarily in money, Mallory cares more about shopping and boys than anything else, Jennifer has a dry sense of humor and is trying to find her spot in the family and the birth of baby Andy doesn’t help her figure that out. The show was on the air for seven seasons.

In 1995, Baxter married actor and screenwriter Michael Blodgett, but their married only lasted five years. (Blodgett wrote for a variety of television shows and several movies.) Shortly before her divorce, she was diagnosed with breast cancer. She made a full recovery and has become a spokesperson for treatment and research and developed a skin cream (Signature). A portion of the proceeds is donated for breast cancer prevention.

In 1996, she again attempted a television series, The Faculty. The show wasn’t renewed for a second season. Baxter played the role of a principal who is divorced and a single mother, and features the choices she has to make to balance her busy life. While the critics praised Baxter’s performance, they didn’t find much else to like about the show, and it was cancelled after 13 episodes.

She made several television appearances on various shows or movies but her only recurring role was as Lilly Rush on Cold Case in 2007.

In 2011, Meredith published her memoir, Untied. She talks frankly about her unhappy marriages, including the abusive one with Birney. She also discloses that she was a recovering alcoholic and that she was gay. After coming out, she met Nancy Locke whom she married in 2013.

In 2014 Baxter accepted a role as Maureen, Nicky’s friend, on The Young and the Restless which began and ended that year. Since that time, she has appeared on a variety of television shows and in several movies. She has a couple of movies coming out soon.

Baxter has also done a variety stage work including the two-character play, “Kissing Place” with David Ogden Stiers. Most recently she has appeared in “Women Beyond Borders,” “Angels in America” and “Love Letters.”

Although Meredith has definitely had some trauma and sadness in her life, she has had a varied and long-lasting career. Being cast in three successful television shows is not something that happens for most actors. She seems to have come to a place in her life where she is happy and content and that is something all of us strive for. Join me next week as we look more closely at the show that made her a household name: Family Ties.

After reading about That Girl and what a tough time Marlo Thomas and Ted Bessell had finding new roles that did not stereotype them as Don and Ann, I thought about actors who were able to transcend that hurdle.  I could think of numerous actors and actresses who were able to have two important television roles.  Mary Tyler Moore began as Laura Petrie but Mary Richards was also a strong character.  Ron Howard grew up from Opie Taylor to Richie Cunningham.  Kristy McNichol lived out her adolescence in Family and then moved to Florida as Barbara in Empty Nest.

I started to do some research and found the following actors who had numerous television series. 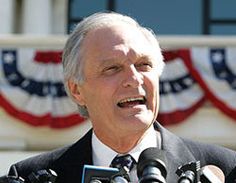 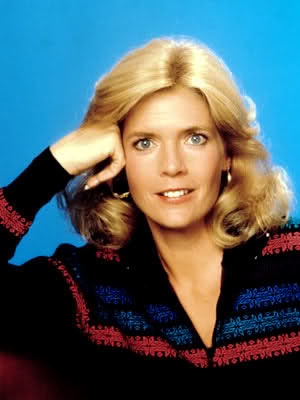 Fun Fact:  Her mother was Whitney Blake, Missy on Hazel. 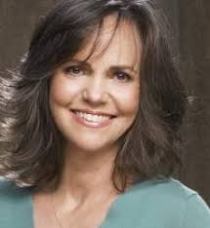 Fun  Fact:  She won an Emmy for her appearance on ER.

Fun Fact: Along with Harry Morgan and Meredith Baxter, he was on episodes of The Love Boat. 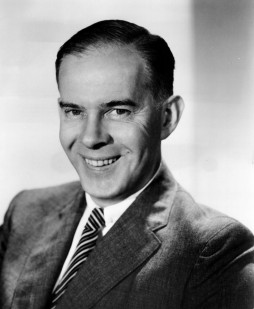 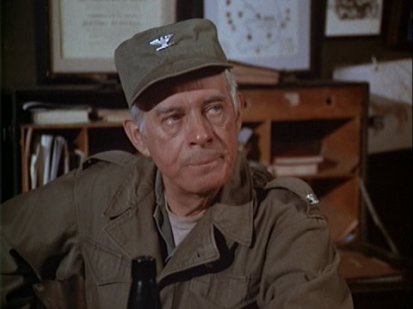 Fun Fact:  He was in an episode of the Partridge Family in the first season.

Fun Fact:  The 1982-90 show had the best finale ever when the show ended with Bob in bed with his wife from the 1972-78 series thinking Newhart had been a dream. 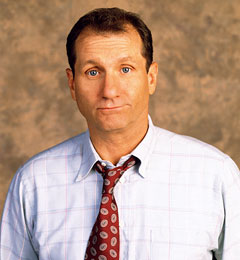 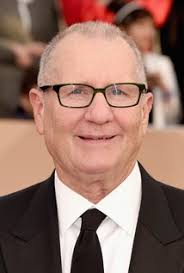 Fun Fact:  He signed as an undrafted free agent with the Pittsburgh Steelers in 1969 but was cut in training camp.

Dick Van Dyke – Finally, we have Dick Van Dyke.  Before I researched this blog, I thought he and Bob Newhart might have the most sitcoms to their credit.  He comes in with only four starring shows overall.  Like Bob, he never wanted to stray far from his name:  We had the iconic Dick Van Dyke Show as Rob Petrie (1961-66), The New Dick Van Dyke Show (1971-74), The Dick Van Dyke Show (1988), and then Diagnosis: Murder (1993-2001). Like so many of these actors who have something in common with Alan Alda, Dick Van Dyke’s first appearance in a sitcom was also The Phil Silvers Show (1957-8). 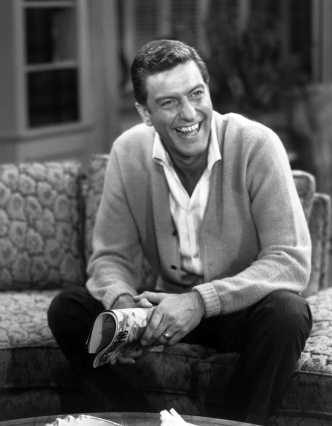 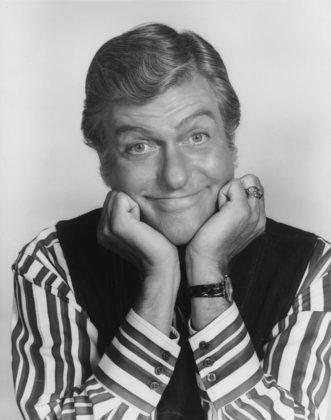 Fun Fact:  He can trace his family line back to the Mayflower.

Why do some stars get locked into a role that they are never able to separate themselves from?  Think Henry Winkler as the Fonz, Lucille Ball as Lucy, or Don Knotts as Barney.  I think part of it is that we get so attached to these characters we almost want to believe they are real and the actor moving on destroys that image.

The above actors all had different situations that allowed them to move on more easily.  Alan Alda never had that hit show again.  After M*A*S*H, he took on dramatic recurring roles.  Meredith Baxter was in a  mixed genre of shows. Of her two hit shows, one was a drama, Family, and one a sitcom, Family Ties.  Dick Van Dyke had the same formula:  The first Dick Van Dyke Show, a sitcom, and Diagnosis: Murder, an action/mystery series.  John Forsythe and Harry Morgan came into show business during the golden days of television.  They were able to have extremely successful shows and characters and then start over.  Forsythe had 10 series to his credit, Morgan had 12. Sally Field, although starting out in television, was certainly better known as a movie actress.  Audiences were seeing her on the big screen as other characters so they perhaps don’t pigeon hole her into one role so much.  Ed O’Neill actually had success on two sitcoms about families.  Maybe Jay Pritchett is so successful because he shows what Al Bundy may have been like growing up in a more enlightened era where the fathers help parent and run the house.  And Bob Newhart, I think, was successful because he actually plays the same character in most of his shows, and we love that character so we keep looking for him, no matter what the show is actually titled.