It’s hard to imagine anyone with a more versatile or longer-lasting occupation than Betty White.  During her career, she’s starred in 12 sitcoms, had recurring roles on 17 shows, and appeared in another 45 series. In addition, she was in 14 movies; 18 movies made for television; and 305 different shows as herself, including 326 episodes of Match Game, 85 guest spots on the $10,000 Pyramid, 52 appearances on Entertainment Tonight, and 40 times on To Tell the Truth. 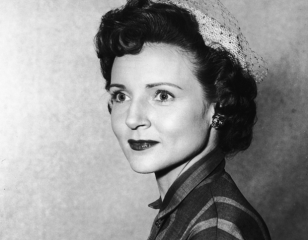 Born January 17, 1922 in Oak Park, Illinois, Betty was an only child.  Her family moved to California when she was quite young. Her original goal was to become a Park Ranger, but that career was closed to women at that time.  She started her entertainment career in radio, because she was told she was not photogenic. When World War II broke out, she joined the American Women’s Voluntary Services. She was briefly married to Dick Barker, a pilot; they married and divorced in 1945.  In 1947 she married Lane Allan, an agent, but they divorced in 1949.

Her career took a major leap in 1952 when Life with Elizabeth was picked up by the network. Betty was the star and producer of the show from 1952-1955. Her show gave her total control both behind and in front of the camera.  She was the first woman to produce a sitcom. She was only 28 years old and living with her parents when this opportunity presented itself.

During the 1950s Betty would also star in the sitcom Date with the Angels, as Vickie Angel.  Vickie and her husband, an insurance salesmen, involved their friends and neighbors in a variety of comic situations. She also appeared on variety shows such as Jack Paar Tonight, as well as The Betty White Show, a talk show.  In 1956, she began an alliance with the Tournament of Roses parade which she co-hosted for 19 years.

The 1960s found her starring in her first movie, Advise and Consent in 1962, portraying Kansas senator Elizabeth Ames Adams. She also began her long partnership with game shows, earning the title, “First Lady of Game Shows.” It was when she appeared on Password that she met her third husband, Allen Ludden, who was the host.  They married in 1963 and were happily living life until his death in 1981. (Note: Wisconsin claims Allen Ludden because he was born in Mineral Point in 1917.) 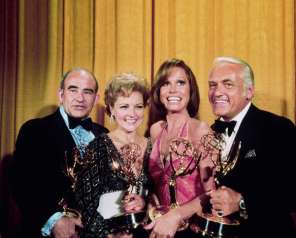 In the 1970s, Betty re-entered the television series realm.  She guest-starred on the Mary Tyler Moore Show during its fourth season as television host Sue Ann Nivens, the Happy Homemaker. She was such a hit that she became a regular for the rest of the series’ run. In 1977, she and Georgia Engel starred in The Betty White Show (not to be confused with the talk show in the 1950s) which only lasted one season. Because of her affiliation with the Mary Tyler Moore Show, the Tournament of Roses replaced her as host, and she then took on the task of co-hosting the Macy’s Thanksgiving Parade for ten years.

In the 1980s, at age 60, Betty’s career continued to steamroll. She became a regular on Mama’s Family, which aired from 1983-86. In 1985, she accepted the role of Rose Nyland on The Golden Girls.  Originally slated for the part of Blanche, it was suggested that Rue McClanahan and Betty switch roles to keep from becoming typecast.  The role of Rose Nyland kept her busy through 1993.  Golden Girls ended production in 1992; the next season, Estelle Getty, Rue McClanahan, and Betty White reprised their roles for one season on Golden Palace.

During the 1990s, Betty continued her television work. She had a regular role on Maybe This Time where she played Shirley Wallace, a much-married woman, who pushes her daughter, recently divorced, into a relationship, when she just wants to run the family coffee shop and avoid dating altogether. She also was in all 30 episodes of Ladies Man, where she again plays the mother of the main character. He is trying to raise a daughter from his first marriage and a daughter from his current marriage while dealing with a wife, and ex-wife, and a mother.

As the new century turned over in 2000, at 78, Betty just continued to add to her acting credits.  She had regular roles on Boston Legal and The Bold and the Beautiful.  She also starred in Hot in Cleveland for its entire five-year run. She continued appearing on a variety of television shows during that decade.

During her career, she was nominated for 21 primetime Emmys and won five. She also won 2 daytime Emmys. She is the only woman to be nominated in every comedy category. She was inducted into the Hall of Fame in 1995 and received a star on the Hollywood Walk of Fame. 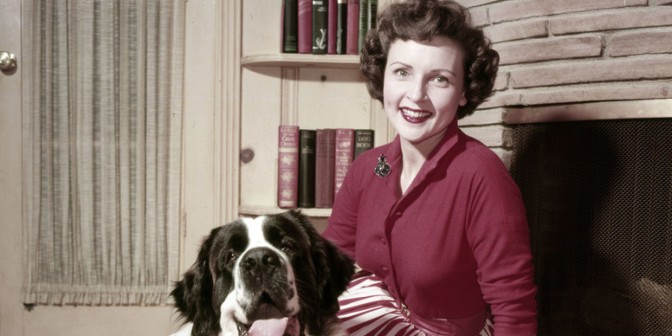 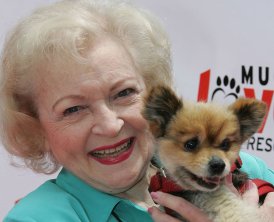 Betty loves animals and is an advocate for many animal associations including the Los Angeles Zoo, the Morris Animal Foundation, and the African Wildlife Foundation. She received the Humane Award in 1987 and had a plaque installed near the gorilla exhibit at the Los Angeles Zoo to commemorate her work there.

It’s hard to know what she will attempt next. She was the oldest person to host Saturday Night Live which she did in 2010. She appeared on the original Tonight Show with Jack Paar and has appeared with Jay Leno and Jimmy Fallon. She has been on the Howard Stern Show, the Simpsons, and one of my favorites, Madame’s Place. She has guest starred in both comedies and dramas. She produced Betty White’s Off Their Rockers, where senior citizens played pranks on younger people.

Considering her real name is Betty, not Elizabeth, it’s ironic that her first television role was in Life with Elizabeth and her first movie was portraying Elizabeth Ames Adams.

At 95, how has she kept so young?  If you ask her co-stars from Hot in Cleveland, they will tell you that she survives on hot dogs, French fries, Diet Coke, and red licorice.  Who am I to argue?

One of her best awards came in 2010 when she was made an Honorary Forest Ranger.  Considering that in 1940 that field was closed to her, when she received her honorary title, one-third of forest rangers were women. 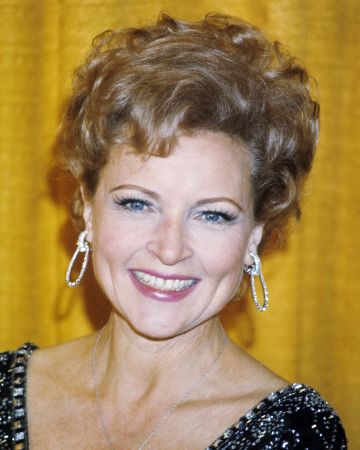 When asked about why she loves performing, Betty said, “To be able to talk to that camera—the camera became your best friend. You’re looking into that little camera lens and they’re looking into your soul, because they’re right into your eyes. You can’t be phony. You can’t fake it.”

No one has ever accused Betty White of being a fake or a phony.  Everyone she comes in contact with seems to love her. The camera was her best friend, but we all became her friends through those camera portrayals.