Hallmark has been in the entertainment business for quite some time.  Their greeting card lines began a little over a hundred years ago. In 1932, Hallmark signed its first licensing agreement with one of the 20th century’s most recognizable names – Walt Disney. 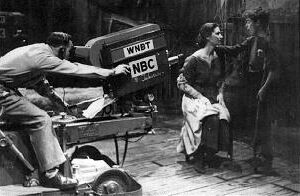 In 1951, NBC approached Hallmark about sponsoring an opera created for television. Amahl and the Night Visitors by Gian Carlo Menotti debuted on Christmas Eve. Hall wanted to thank everyone who purchased Hallmark cards. The show became the first program in the Hallmark Hall of Fame series. In 1953, Hamlet was the first Shakespeare play to air on television. These Hall of Fame productions have won more than 80 Emmys.

During the late 1980s, the Vision Interfaith Satellite Network (VISN) and the American Christian Television Systems (ACTS) shared a channel to present religious programming.  In 1993, it became the Faith and Values Channel, adding secular programming including exercise and food shows. The network once again changed its name in 1996 when it became the Odyssey Network.  Crown Media and Jim Henson Co. bought majority stakes in the channel in 1998. At that time, the channel aired about four hours of religious shows with the rest of the schedule being made up of classic sitcoms, family shows, and children’s programming. Crown Media bought Henson’s shares in 2000.

In 2001, the network took on its current name, The Hallmark Channel, and began showing family-oriented sitcoms, dramas and movies. Its slogan was “Where Great Stories Come to Life. 2008 introduced new branding with a new logo and a slogan “Make Yourself at Home” which continued until 2012. At that time, it debuted a “The Heart of TV” slogan which continues today.

The channel currently shows classic television sitcoms, such as The Middle, Golden Girls, Home Improvement, Last Man Standing, I Love Lucy, Fraiser, and Cheers. New television series are produced including Good Witch, When Calls the Heart, and Chesapeake Shores. There is a daily two-hour lifestyle show called Home and Family which features decorating, crafts, recipes, and guest stars, Hall of Fame specials, many which were originally shown on CBS.  The largest part of the schedule is reserved for made-for-tv movies, typically romances, produced by the network.

Catherine Bell as Cassie, the enchanted beauty who moves to a small town and charms Police Chief Jake Russell (Chris Potter). .Photo: Brooke Palmer /©Ê2007ÊCrown Media..Catherine Bell (ÒArmy WivesÓ) stars as Cassie, a bewitching woman who moves into a mysterious mansion in a small town.Ê Soon, she opens Bell, Book & Candle, a curiosity shop full of candles, lotions, etc., and is enthralling the children of the local Police Chief (Chris Potter), who believes that she is a witch (but not a bad one!).Ê But not everyone in town is appreciative of their quirky new neighbor, and it may take a little bit of magic for her to truly become part of the community. .

Many critics make fun of these movies saying they all have the same romance theme and are predictable.  That doesn’t bother me. I can tell you how Frosty the Snowman, How the Grinch Stole Christmas, and Elf end as well but that doesn’t take away from the tradition of watching them every year. Most of my favorite Christmas songs are ones I heard as a young child, but I still love them.

In this era of unbelievable politics and bad news around every corner, people are finding a refuge on the Hallmark Channel, and it’s not just older women. These are shows an entire family can watch including parents, grandparents, and young children. The network avoids sex, violence, and polarizing topics. The LA Times reported that in a time when almost every network saw declines in their ratings, the Hallmark Channel increased from 539,000 viewers a day in 2013 to 875,000 a day in 2017. The Hallmark Channel debuted a second channel called Movies and Mysteries and it grew from 259,000 in 2013 per day to 595,000 per day in 2017. While the median age of viewers was 58.6, the Washington Post did a story on the channel in August and cited research that showed women 18-49 was the fastest growing audience for the Hallmark Channel followed by men. More people in the Midwest and the South watch the channel, which is not too surprising. Ad revenue has increased 70% for the network compared to a year ago.

The network is so popular that they have created a third channel which began October 1 called Hallmark Drama.

Last holiday season, more than 85 million people watched a movie on the network during November and December. I watched several of those movies last year and enjoyed them.  There was something uplifting about settling down with some hot chocolate in front of the Christmas lights to watch an inspirational movie in December, forgetting about the news or my to-do list for a short while. The only negative I have is one the network acknowledges and is working on: they need more diversity in their characters.

Below is a list of the 21 new holiday movies that will debut this season. New movies are shown at 7 pm Central time.

Saturday, Oct. 28:  Marry Me at Christmas 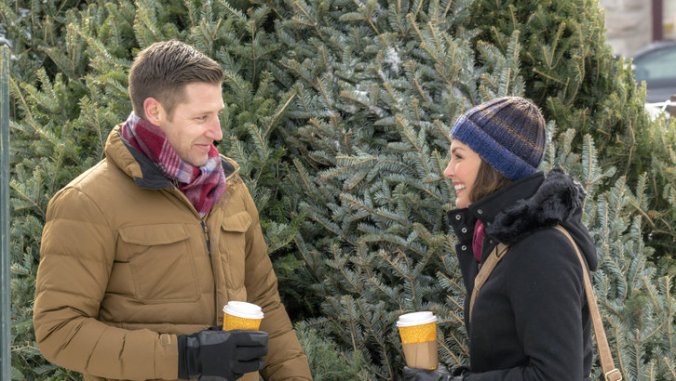 Sunday, November 19: A Gift to Remember

Monday, December 25: When Calls the Heart: The Christmas Wishing Tree

The network has a beautiful website where you can learn more about its original programs.  It also features a store run by Amazon  Associates where you can purchase clothing, tote bags, mugs, and other items. 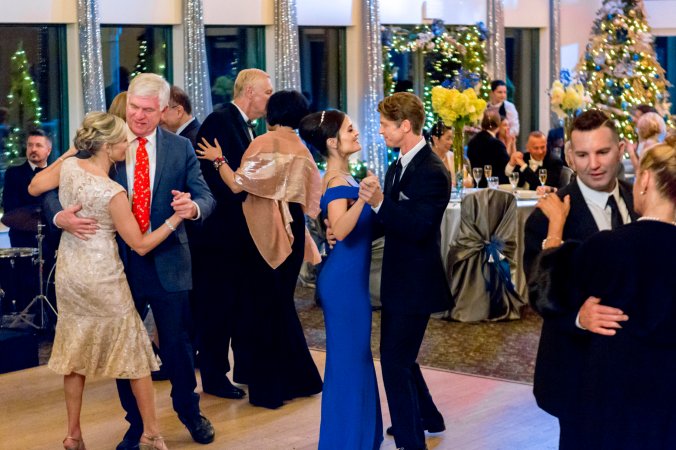 I don’t think that it is strictly a coincidence that during these past nine months as political reports become more disturbing with behavior in the White House out of control and news cycles filled with much more bad than good news, more people are tuning in to the Hallmark Channel where they can escape for an hour or two. I am going to try to find a few more quiet holiday nights to tune in and escape myself during this Christmas season.