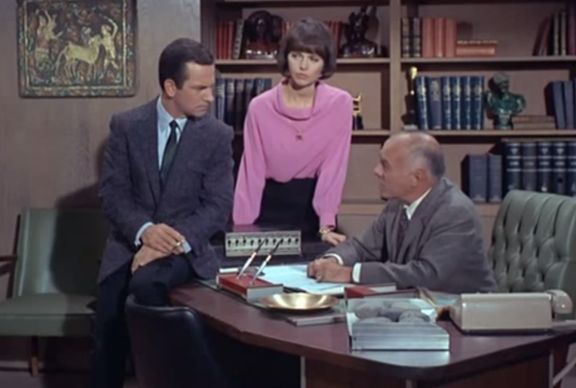 Another show came on the air in 1965 as well – on September 18, 1965, Get Smart was seen for the first time. Dan Melnick, a partner in Talent Associates thought a spy satire might be a good fit for their upcoming schedule. He recruited Buck Henry and Mel Brooks to write the show. The team took the show to ABC. ABC bought it but they wanted a few changes.  They wanted Tom Poston to take the role of Maxwell Smart. They wanted a dog on the show to add “heart.” Finally, they wanted Smart’s mother to be a major role and envisioned Smart coming home at the end of the episode to explain the case to his mother. Henry and Brooks said no to the mother, so ABC rejected the show and sold it back to Talent Associates.

Grant Tinker from NBC agreed to buy the show with the caveat that Don Adams star in place of Tom Poston.  And so, the creative talent of Brooks and Henry brought Maxwell Smart (Don Adams), Agent 99 (Barbara Feldon), and the Chief (Edward Platt) to life. The show would stay on the air for five seasons, producing 138 episodes.

The first four seasons were filmed at Sunset Bronson Studios.  In 1970, the show moved to CBS and the last season was filmed at CBS Studio Center.

Mel Brooks left the show after the first year, but Buck Henry stayed through 1967 as the story editor. 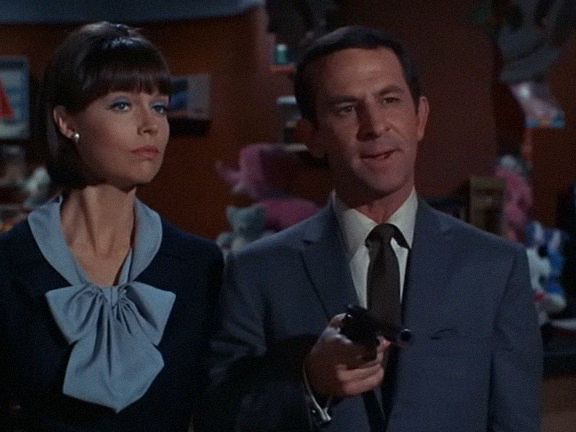 Most of the administrative cast stayed with the show for its run. Leonard B. Stern was the executive producer for all the shows. Irving Szathmary was the music and theme composer, as well as conductor, for all five seasons. Gerald C. Gardner and Dee Caruso were the head writers for the series. Don Adams would get to direct 13 episodes and write 2 of them.

The show centered around the three main characters. Maxwell Smart is Agent 86.  He works for CONTROL, a US government counter-intelligence agency in Washington DC. Max is resourceful.  He is a adept marksman, has hand-to-hand combat skills and is extremely lucky. He uses several cover identities, but the one he uses most often is greeting card salesman. He insists in going by the book and this, along with his clumsy nature, cause problems for him. 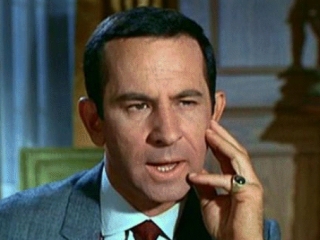 He and his partner Agent 99 take on world threats. We never learn Agent 99’s real name, although we think we have in one episode.  In “99 Loses CONTROL”, she says her name is Susan Hilton but at the end of the episode, we learn she was lying. Agent 99 is smart and competent.  Her father was apparently a spy as well.  (In real life, Barbara Feldon was also smart; she won on The $64,000 Question with the category of Shakespeare.) If you look closely, you will often see Agent 99 slouching, sitting, or leaning on something to conceal the fact that she was a bit taller than Adams. 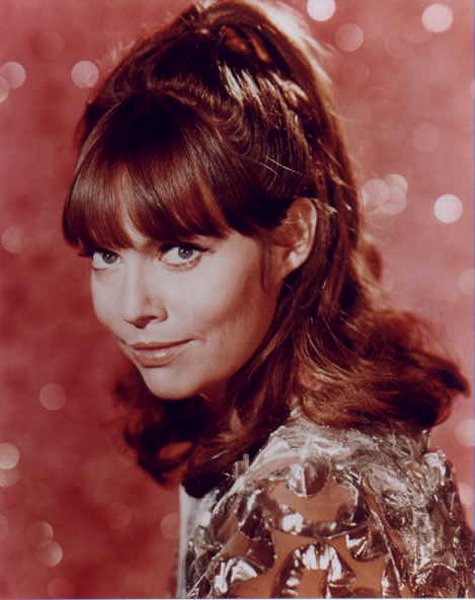 Their boss, Chief, whose real name is Thaddeus, is sarcastic and grouchy but also serious, sensible, and smart. He began his career as Agent Q and his cover name is often Harold Clark. Other CONTROL agents we meet during the series are Agents 8, 13, and 14, as well as Larrabee, the Chief’s highly inefficient and bumbling assistant. 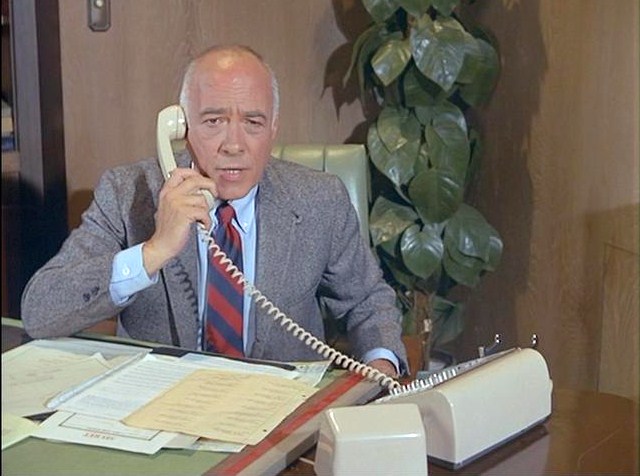 Their primary enemy is KAOS, an international organization of evil founded in Romania in 1904 (a Delaware corporation for tax purposes!). The two KAOS employees we see most often are Conrad Siegfried (Bernie Kopell), the VP for Public Relations and Terror and his assistant Shtarker (King Moody), whose personality can change from sadistic to childlike. While Siegfried and Smart are mortal enemies, they respect each other.  Sometimes they begin talking like old friends.  In one episode, they are discussing the flavor of cyanide pills each side has that month.  CONTROL is giving out raspberry, and Smart tries to give one to Siegfried.  Like CONTROL, KAOS has a bowling team to build rapport and fellowship among their employees. 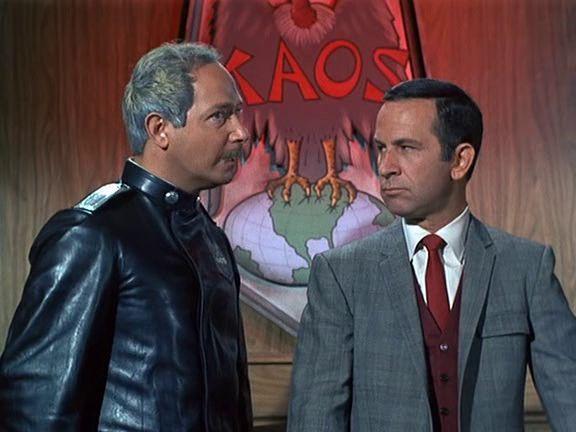 Another KAOS agent is Hymie the Robot played by Dick Gautier. Dr. Ratton of KAOS built Hymie for evil, but Smart manages to turn the robot into a CONTROL agent. Hymie is faster and stronger than any human.  He also has the ability to swallow any poison and then identify it. He has emotions and a need to maintain neatness.  Unfortunately, he takes commands literally; if Smart says “Get ahold of yourself,” he literally wraps his arms around himself. The opening sequence of the show is one of the most spoofed openings in television.  Smart walks through doors that continue to other doors. It was ranked as the number 2 opening out of the top ten by TV Guide viewers in 2010.

The show is still known for its catch phrases that became part of the American vocabulary including “Would you believe?”, “Sorry about that Chief,” “And loving it,” and “I asked you not to tell me that.”

The series is identified with its James Bond-like gadgets.  Telephones could be concealed in neckties, combs, and watches, but most often it is in Smart’s shoe which he had to take off to answer. Agent 99 has a compact phone and a fingernail phone which forces her to look like she is nervously biting her nails to talk on it. 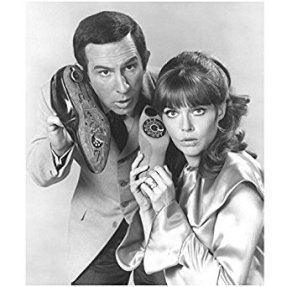 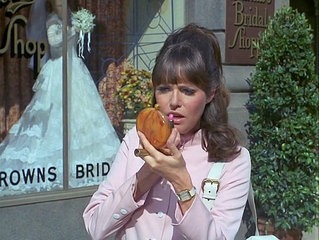 The show features a bullet-proof invisible wall in Smart’s apartment which lowers from the ceiling; he often forgets to put it back up and runs into it. Cameras can be in a bowl of soup.  A laser weapon was concealed in a suit jacket button, the blazer laser. The Cone of Silence are two glass domes that cover Smart and the Chief when they talk about a case.  Smart insists on using it because it’s  regulation; however, they can hardly hear each other, but anyone on the outside can hear their conversation clearly and often reports what the other person said. 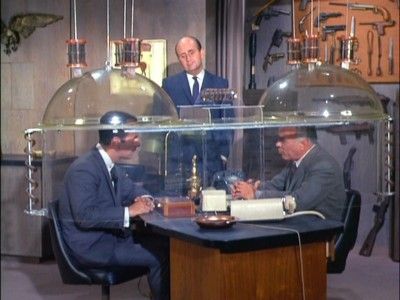 Other weapons and aids for the spies included a parking meter telegraph, a perfume bottle radio transmitter, invisible icing, and a pencil listening device. Guns were hidden in a charm on a charm bracelet, in a pool cue, as a hairbrush, as a flashlight, and in a crutch. CONTROL even had gloves with fingerprints already on them – the fingerprints were KAOS agents so they would get the blame for a break-in.

Blowing up stuff is always good on a spy show and Get Smart had explosive rice; toothpaste that is really a fuse; an exploding wallet, ping pong ball and golf ball; and a horoscope book or lipstick case that contained knock-out gas.

Smart had several cars but his most famous was a red 1965 Sunbeam Tiger.  The two-seat roadster had a machine gun built in, a smoke screen, a radar tracker, and an ejection seat.  When the series went off the air, Don Adams received the car and continued to drive it for ten years. 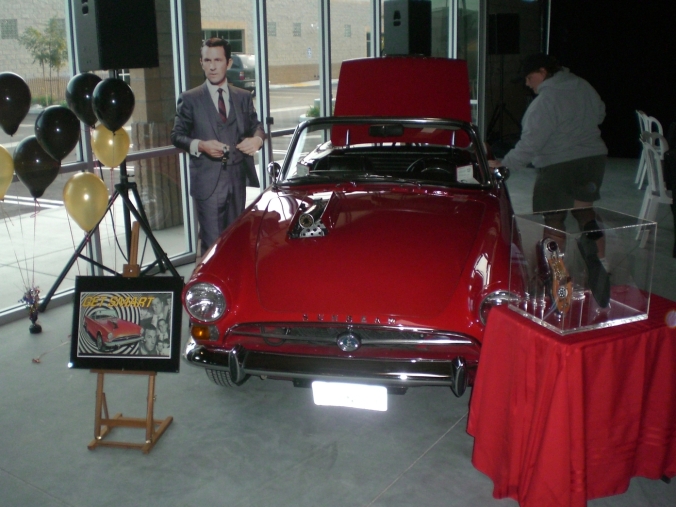 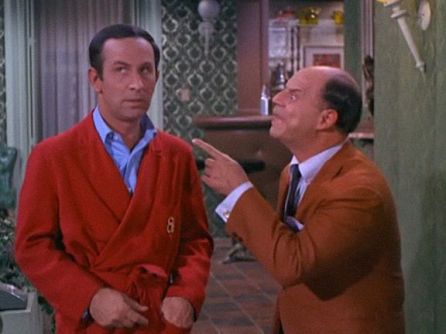 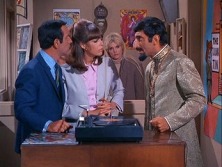 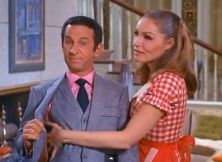 The show stayed true to its character through its entire run.  In Season 1, Hymie is introduced and the dog, Fang, disappears. In Season 2, we meet Siegfried. Smart and Agent 99 get engaged and marry in Season 4.  NBC demanded the change to boost ratings. In Season 5, they have twins.  Agent 99 continues working and is one of the first, if not the first, mother to be viewed as a working woman.  When the ratings did not increase, the show was cancelled. It went into syndication where it was very successful. Unfortunately, the DVD set was held up in legal battles and only came out weeks before Adams died. 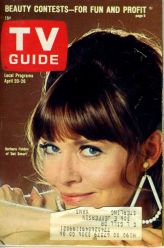 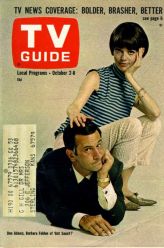 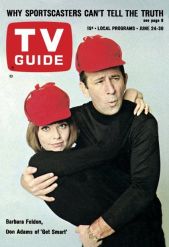 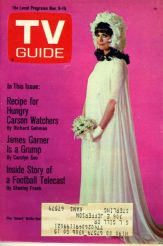 Get Smart was one of the most clever and creative sitcoms ever airing on television.  It had `21 Emmy nominations including two for Feldon and won 7 of those awards.  Don Adams won best actor on a comedy three times and the show won best comedy twice. 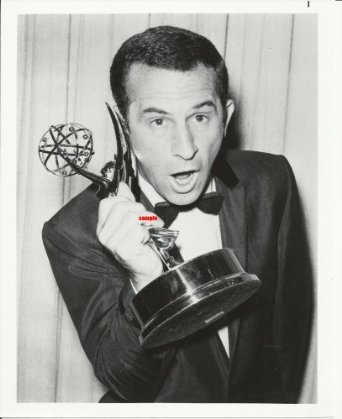 William Johnston came out with 9 paperbacks based on the series in the late 1960s and Dell Comics issued 8 comic books in 1966 and 1967. For the March 5-11, 1966 TV Guide, Andy Warhol designed a pop art piece using Barbara Feldon. Numerous collectibles were created:  board games, lunch boxes, dolls, and model cars. 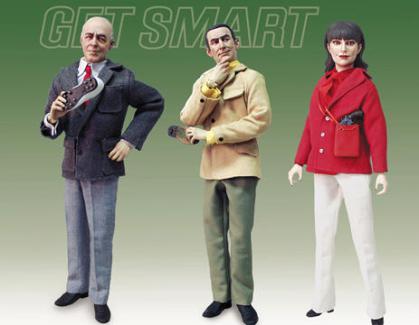 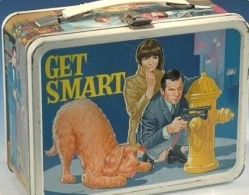 The show produced many spin-off projects. The Nude Bomb was a theatre release in 1980 with Feldon and Smart reprising their roles. Get Smart Again debuted in 1989 as an ABC TV movie.  After its release, a show appeared on FOX starring Feldon and Smart again called Get Smart in 1995.  In 2008 a movie was made starring Steve Carell and Anne Hathaway. Don Adams was known to later generations as the voice of Inspector Gadget. 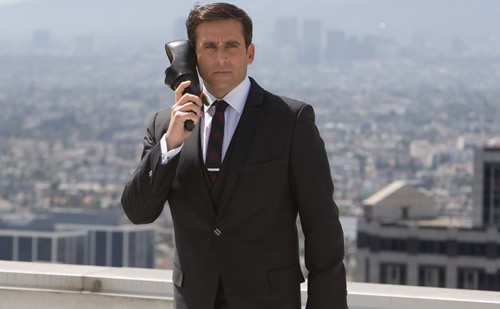 Of course, everyone has their favorite episodes, but after reviewing several polls and interviews with Nick at Nite and other 50th anniversary celebrations, I have come up with these top five.  Take a rainy fall day and give them a peek. However, if we are looking just at titles, I have to give a shout out to “Spy, Spy Birdie”, “Bronzefinger”, “Impossible Mission”, and “Tequila Mockingbird”. 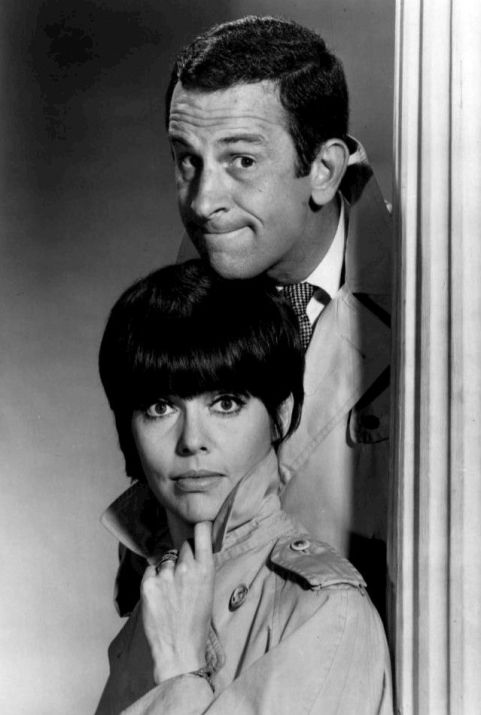 Unfortunately, this is one of those shows that doesn’t get as much recognition and respect as it deserves.  Considering how much technology has developed in the last 50 years, the show is still up to date. The dialogue is witty; the characters are likable, even when they’re mortal enemies; and the show is just plain fun.

6 thoughts on “It Only Takes One Episode to Get Smart”