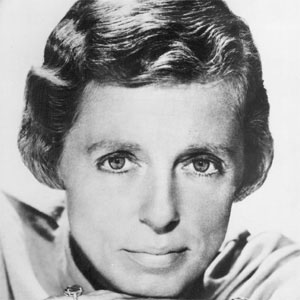 Nancy Kulp is one of the most under-rated comedians we have seen in film and television.  She is one of those performers like Don Knotts, Dick Van Dyke, or Jerry Lewis who is so natural in her characterizations and has perfected a stereotype role that we assume that there is not so much acting going on – they are just expressing their true personality.

Nancy was born in Harrisburg, Pennsylvania where she grew up.  Like me, she left Pennsylvania in her early teens, but she moved to Florida instead of Wisconsin. She was an only child.  After high school, she attended Florida State University, which at the time was known as Florida State College for Women. She received a BA in journalism in 1943.

Kulp joined the US Naval Reserve (or WAVES) in 1944, becoming a lieutenant, junior grade. She received several awards in the Navy including the American Campaign Medal.  I learned that this medal was issued by Roosevelt to recognize military members who had performed their service in the American Theater of Operations during World War II.

After the war, she went on to earn masters in both English and French at the University of Miami. After graduation, she began writing profiles of celebrities for the Miami Beach Tropics, a local newspaper.

In 1951, she married Charles Dacus, and they moved to Hollywood.   (They divorced in 1961 and I could not find out anything else about him.)

Three weeks after arriving in Hollywood to work in the publicity department, George Cukor convinced her to try out as an actress.  Her first movie role was in The Model and the Marriage Broker in 1951. She would appear in 32 movies, including Shane (1953), A Star is Born (1954), Anything Goes (1956), and two of my all-time favorite movies, Sabrina (1954) and The Parent Trap (1961). Although most of her movies were comedies, she was cast in four westerns, a science fiction movie, a mystery, and several adventures and dramas. She was also the voice of Frou Frou in The Aristocats.

In 1954, she began her television career.  Although she only starred in one series, she was in many well-respected shows. She was Bob Cumming’s neighbor on Love That Bob and that character, Pamela Livingston, a prim birdwatcher, was to define most of her later characters. On I Love Lucy, she played a maid who taught Lucy and Ethel to curtsy before they met the Queen. She also appeared on Topper, Our Miss Brooks, The Adventures of Ozzie and Harriet, December Bride, Perry Mason, Mr Ed, Pete and Gladys, Jack Benny, My Three Sons, 77 Sunset Strip, and Sanford and Son, 58 different shows in all.

In 1962, she accepted the role of Jane Nancy Hathaway (a play on her real first two names), Milton Drysdale’s efficient secretary. The concept of the show was that a backwoods family, the Clampetts from Tennessee, struck oil, became millionaires, and moved to Beverly Hills.  They never were accepted into the higher society and continued to live in the style they had back home.  Granny made vittles, and they called their pool the cement pond.  Mr. Drysdale was the banker who took care of their money.  Miss Hathaway was devoted to her boss, but if he went too far with a scheme, she would call him out by saying, “Chief!” She had a crush on Jethro Bodine, Jed Clampett’s nephew who lived with them.

The show would continue until 1971 when the network decided to get rid of all the rural comedies, whether they were still garnering high ratings or not. The show was in the top 20 for 8 of its 9 seasons. Kulp was nominated for Outstanding Actress in a Supporting Role in 1967 but lost to Frances Bavier for her role as Aunt Bee on The Andy Griffith Show.

After her role as Jane Hathaway ended, she turned to Broadway.  Her best-known work was in Mornings at Seven from 1980-1981.

In 1984, she ran for Congress in the Pennsylvania 9th district.  She was running as a Democrat against incumbent Bud Shuster in a decidedly Republican district. She did take 33% of the vote; however, she never had a chance.  Buddy Ebsen and Nancy had not gotten along during their years on The Beverly Hillbillies.  When he heard she was running for Congress, he contacted Shuster’s campaign and offered to do radio spots claiming Kulp was too liberal and voters should not elect her.  While she admitted they had not been friends, she was surprised he would choose to do something so mean for spite.

She began working at Juniata College in Huntingdon, PA as an artist-in-residence and later taught acting. 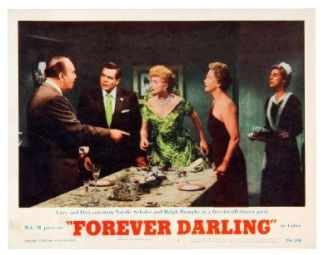 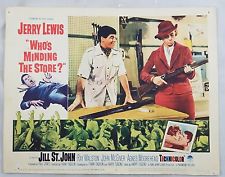 In the late 1980s, Nancy moved to Palm Springs.  She became involved with a variety of charities including The Humane Society of the Desert, The Desert Theater League, and United Cerebal Palsy. She was also on the board of SAG.

Nicknamed Slim, Nancy was an devoted football fan all her life. She was the first guest on The Arsenio Hall Show and sat with the house band. She also appeared on the Frank Sinatra Show, the Jack Paar Show, The Mike Douglas Show, and several game shows including Password All-Stars, Hollywood Squares, Match Game 73, and Match Game PM.

In 1989, in an interview with Boze Hadleigh, she admitted she was a lesbian.  When he asked her about that, she said she would answer him but only if she could frame the question.  She said to ask her if she believed opposites attract, and her answer was that “she believed birds of a feather flocked together.”  Perhaps this was an apt reply given that her first recurring role of Pam Livingston, as well as Jane Hathaway, was an avid bird watcher. I read one anecdote that Kulp was afraid of anyone learning her sexual preference, especially Irene Ryan, who played Granny on the Beverly Hillbillies.  Kulp respected Ryan, and they shared a dressing room.  Apparently, Ryan left for the day but came back to the dressing room unexpectedly, walking in on a scene she did not expect; however, she never told anyone and she and Kulp became close friends.

At one point, Nancy described herself as a brain symbol, as opposed to a sex symbol.

It was hard to learn much about Nancy Kulp; she apparently kept a private life, not surprising given that she was working in an industry where her sexual identity could have damaged her career, especially her work for Disney Studios.

I enjoyed Petticoat Junction and Green Acres, but I never was a fan of The Beverly Hillbillies.  However, I am a fan of Nancy Kulp.  She had a long and fulfilling career, appearing in many respected films and television series. She was a naturally gifted comedian who perfected the proper spinster. It’s too bad she was never given a chance to star in her own series. I also admire her commitment to charities and her interest in pursuing politics.