Throughout the past year, I have been researching actors and actresses who have had long-standing careers.  We continue that trend this week looking at the career of Bernie Kopell. Kopell is best known for his role as Dr. Adam Bricker on The Love Boat; ironically, he has played a doctor in 13 series, a coroner in 2, and an apothecary in 1. Kopell’s career is still going strong this year.  Let’s look at his varied and full career. 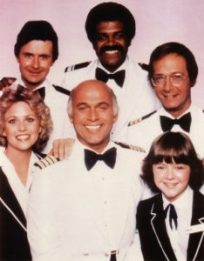 Bernie Kopell, his real name, was born and raised in Brooklyn, NY in 1933 He told People magazine in an interview that when he was 13, he was drawn to acting because “It was a tremendous opportunity not to be me.” He graduated from New York University in 1955, majoring in Dramatic Art.

From 1955-1957, Kopell was in the U.S. Navy and served on the USS Iowa. Part of the time, the boat was stationed at Guantanamo Bay in Cuba.  Bernie was a librarian and made the comment that “I don’t like to talk about my heroism, but what the hell; I was a librarian.  I kept America safe from overdue books.” When his Navy service was fulfilled, Kopell moved to Los Angeles.  He worked several odd jobs including vacuum salesman and cab driver.  One night he talked about his wish to be an actor to a passenger, Dick Einfeld who was producing The Oregon Trail starring Fred MacMurray.  Einfeld gave him a small part as President Polk’s Secretary.

During his career, Kopell has been in 96 different television series, 10 made-for-tv movies, and 18 feature movies.

His first television role was in Whispering Smith in 1961. During the 1960s, he appeared in many of the most popular shows including McHale’s Navy, Jack Benny, Petticoat Junction, Ben Casey, Green Acres, The Dick Van Dyke Show, and The Flying Nun.

From 1966-1969 he appeared as Siegfried, a KAOS agent in Get Smart.  (He would also have a cameo role the movie version of Get Smart in 2008). At the same time, he played on Get Smart, he played Jerry Bauman, Don’s coworker who marries Ann’s neighbor Ruthie on That Girl from 1966-1971. 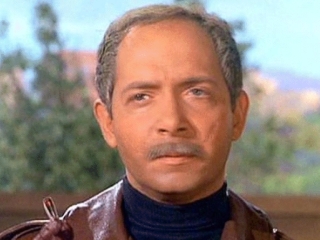 Throughout the 1970s, he continued appearing in series including Love American Style, The Odd Couple, The Bob Newhart Show, The Doris Day Show, MacMillan and Wife, The Six Million Dollar Man, and Kojak.

He starred in two different series during this time. He was in Needles and Pins where he played a salesman and in When Things Were Rotten as Alan-a-Dale. This show was about Robin Hood and his men. 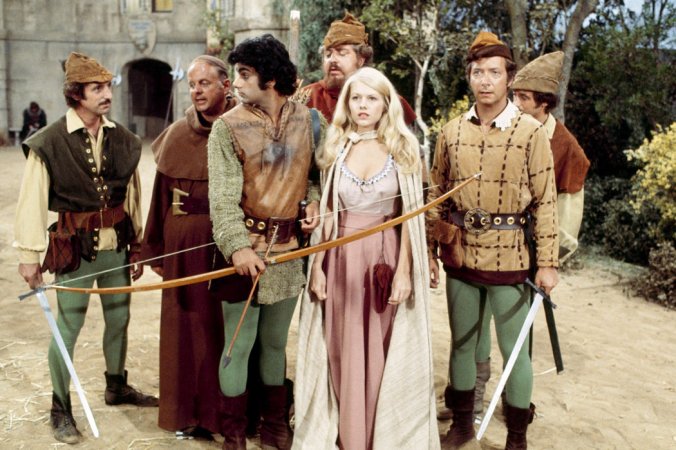 On Bewitched, he appeared on nine episodes playing a variety of characters including an apothecary and a hippy. 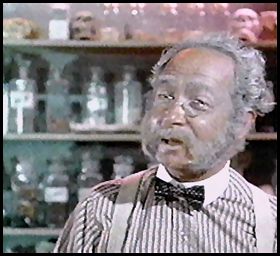 He only appeared in a handful of shows during the 1980s.  Most of this decade was devoted to his role of Dr. Adam Bricker on The Love Boat.  The show was on the air from 1977-1987, and Kopell appeared on all 250 episodes. The show was seen in 98 countries around the world.  During an interview, Bernie was asked about his life working on the show.  He shared the following memories:

Oh yeah, it was exhausting. Such exhausting work on Love Boat.  In fact, to be for real, my frame of reference for acting was this: Okay, I do The Doris Day Show, and it’d be three or four days on a Hollywood soundstage. Then you come out, and you’re in Hollywood, and that’s lovely and fine. On The Love Boat, you’re on a ship. It goes out beyond the 12-mile limit. You’re going out into the world of London, Paris, Rome, Istanbul, Athens, Cairo, Tel Aviv, The People’s Republic of China, Japan. It was such a treat. And I’d been in the Navy. So, in the Navy, I was the lowest of the low. I was just a seaman apprentice. I remember being late one day coming in from Istanbul, and I had to spend the whole next day scrubbing out bread pans. That was less fun than being treated royally on The Love Boat.

Pacific Princess, Island Princess . . . all of these beautiful, sleek, luxurious ships. Some days, you didn’t even have to work. My background was this:  I drove a taxi in L.A. I tried to sell Kirby vacuums in L.A. It was quite a while before I got going. And I’m just thinking about his professor I had at NYU. He would smoke Berings and Coronas, these marvelous cigars, and every once in a while, he would smoke a stink-a-roo. I said, “Professor, why are you smoking that awful cigar?” And he said, “For the balance. So, you know the difference between a stink-a-roo and a really good cigar.” I’m not advocating anybody start smoking cigars, but it’s a life lesson. You can’t eat filet mignon every day, because it gets to be meaningless after a while. You have a cheap hamburger every once in a while just to get the difference.

Anyway, so much for that. It was heaven. It was absolutely heaven, and they pay your more money every year. It went on for 10 years, and I got away with murder. My character could say to any woman he found attractive, “Take your clothes off, I’ll be right in.” I got to have love scenes with some of the most beautiful ladies. Jill St. John, Juliet Prowse. . . lovely, lovely people.  We had stars.  We had Academy Award winners. Ray Milland, Eva Marie Saint, Ernie Borgnine, Shelly Winters. . . I mean on and on and on. And Greer Garson; I was so awed. Of course, with my age, I saw Mrs. Miniver and I saw that Forsythe Woman with Greer Garson, this gorgeous red-headed lady in a green velvet gown. I approache her, and I said, “Excuse me, Miss Garson?’ and she said, “Yes, dear, what would you like?” and I said, “Why are you doing this?” And she laughed and she said, “I thought it would be a lovely way to say hello to old friends.” And, of course, it was, and it was a great privilege to have her.  We had Ethel Merman, we had Cab Calloway, we had Dick Shawn. 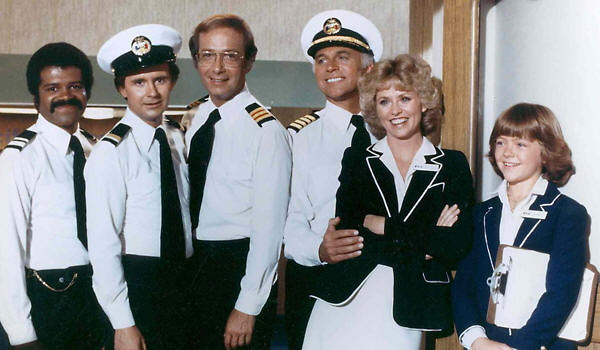 Bernie was also credited as a writer for four Love Boat episodes.  In addition to The Love Boat, he played Dr. Adam Bricker on Charlie’s Angels, Martin, and The Love Boat: The Next Wave.

Kopell continued his television and movie work during the 1990s and the 2000s. He was featured in Diagnosis Murder, Beverly Hills 90210, Suite Life of Zack and Cody, Monk, Arrested Development, and Raising Hope. He continues his active career, appearing in several shows in 2017 including Hawaii Five-O and Superstore.  He has also been in several movies the past three years.

On Letterman, he was in the audience when David did his Top Ten List.  One of the entries poked fun at Dr. Bricker on The Love Boat, and when the camera cut to Kopell, he stormed out of the theater.  He was then shown being reseated only to have another entry make fun of him again, when he raised his fists and stormed out again.

Kopell has also been involved in theater the past few decades.  He starred in Neil Simon’s Rumors and played in Viagara Falls in Toronto for two years before making is New York Off-Broadway debut. He also hosted a show on the Travel Channel, Railway Adventures Across Europe.

He participates in a lot of celebrity tennis tournaments for charities all over the world.  He has also hosted his own tennis and golf tournaments in Florida for the Alzheimer’s Association. He also swims regularly. 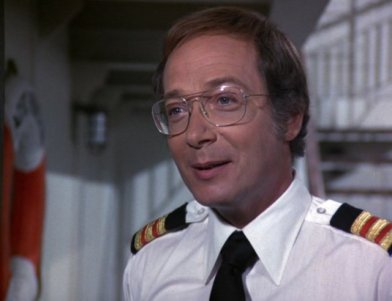 4 thoughts on “Just What the Doctor Ordered: The Career of Bernie Kopell”