In memory of Florence Henderson, who passed on away on Thanksgiving, I just wanted to spend some time reviewing her career.  It’s hard not to call someone lucky and successful who became a multimillionaire (10-15 million depending on the source), is well known all over the world, and beloved by many fans. But, after researching her career, I wonder if she had been able to do it over, would she have chosen to take on the role of Carol Brady?

Florence’s life was a far cry from The Brady Bunch; the only similarity was having a huge number of people under one roof.  Her father didn’t marry until his late forties and he married a woman 25 years younger than him. He was a tobacco sharecropper and alcoholic and life was not like a sitcom. Florence, growing up in Indiana, was the tenth child to come along, and her father was close to 70 by the time she was born. Her mother and father divorced when she was a teen and then her mother moved to Cleveland, Ohio to work, and Florence did not see her until she was there for a musical performance. Her father passed away the same time she began a Broadway show. She had to choose between keeping the job and attending her father’s funeral, and she took the job and dealt with the guilt for many years. 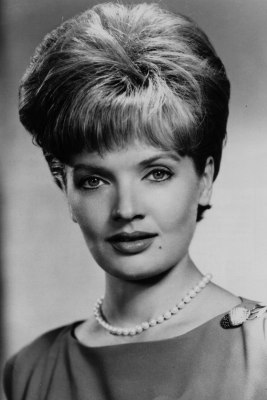 During her career she was in eleven Broadway shows. She had a very interesting career.  She was the first woman to fill in as host for the Tonight Show during the transition from Jack Paar to Johnny Carson. She then became a Today girl on the morning show, presenting the weather and light news in 1959. Although she appeared in various commercials, she is best known for promoting Wesson Oil which she did from 1974-1996. Her last appearance before her death was at a taping of Dancing with the Stars which she had competed in along with Maureen McCormick, her daughter Marcia, on The Brady Bunch. (Dancing with the Stars photo credited to ABC News) 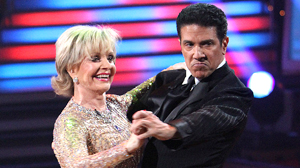 After her iconic role as Carol Brady, she became the queen of one episodes.  She appeared in three episodes of her friend Angela Lansberry’s Murder She Wrote, three shows on Fantasy Island, four times on Dave’s World and ten episodes of The Love Boat, the most of any star. However, from 1975-2016, she worked on 31 shows where she appeared in one episode only. Some of these shows were classic sitcoms such as Alice, Roseanne, Ellen, King of Queens, and 30 Rock. Some were dramas including Medical Center, Hart to Hart, and Ally McBeal. Some were children’s or animated shows such as Scooby-Doo Mystery, Inc.; The Cleveland Show; Handy Manny; and Sofia the First.  However, the most by far were sitcoms that didn’t leave a lasting impression and many are probably quite forgettable.  During those years she appeared on Good Heavens, 3 Girls 3, Glitter, Free Spirit, Night Stand, Samantha Who, Happily Divorced, Trophy Wife, and Instant Mom.

Towards the end of her life, she seemed to find a comfortable place pursuing interesting and wide-ranging activities.  She and best friend Shirley Jones did a series of concerts together, she hosted a couple of shows on the Retirement Living network, and did a lot of interviews. 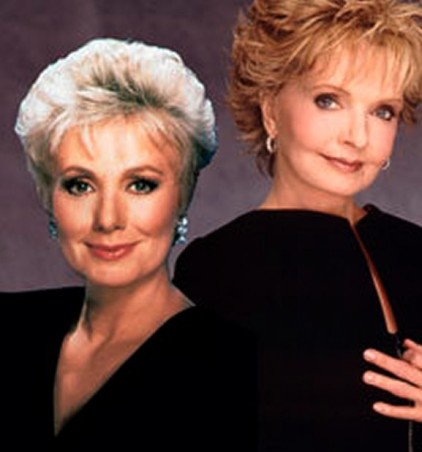 In 1968, she agreed to play the role of Carol Brady but had not heard anything about the show being picked up and was set to star in The Song of Norway being filmed in Norway.  She left for the musical still thinking The Brady Bunch was a no- go.  However, she later found out it was indeed debuting in 1969. They had to film the first six episodes without her and she did her taping later. Appearing as Carol Brady from 1969-1974 gave her the role of a lifetime.  The Brady Bunch has never been off the air since it debuted which says a lot about the show. Many generations of fans admired her and gave her thanks for being a mother figure to them. Some dreamed of being part of a family like the Bradys and obviously Florence could relate, with her background. 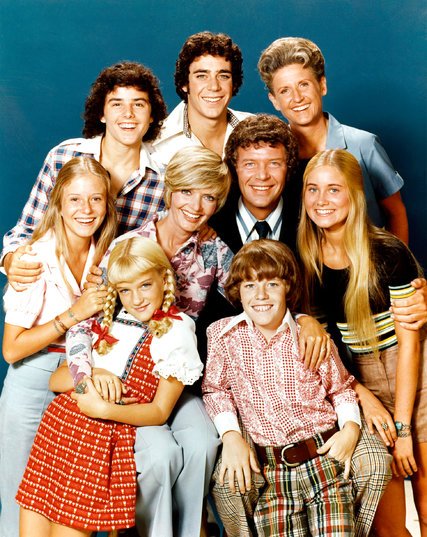 The role made her a national symbol and a lot of money, but you have to wonder what it cost her professionally. It was surprising that both Florence and Shirley Jones became America’s mothers on Friday nights after both being given their start by Rogers and Hammerstein earlier in their careers. They also both wrote “tell-all” books about their lives in show business in 2012 and 2013. Both of these women have been busy their entire lives because they were willing to change along with the times and continue to explore alternatives. 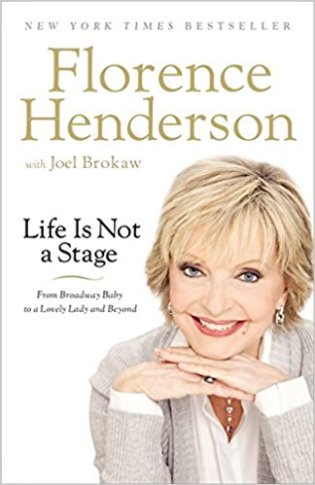 In an interview with Tavis Smiley in 2011, Florence reflected on being Carol Brady: “I’m okay with that.  I think you have to cherish your past because if you don’t cherish your past and love this moment, you have no future. I know a lot of actors hate it when they’re identified with a role. I know what I’ve done in my career . . . I received tremendous affection from people all over the world.”

In a joint interview conducted with Shirley Jones and Florence Henderson, Shirley recalled that her agent told her not to do The Partridge Family.  He said that if she was successful, she would be locked into the role forever.  She wanted a series so she could be home to raise her children, so she took it. She did admit that her agent was right. Even though she had done 20 movies before The Partridge Family, she was forever known as Shirley Partridge. However, she took said at least it was a show she could be proud of and an entire family could watch it together without anything shocking taking place.

After being The Fonz, Henry Winkler was so typecast that he went into directing and producing because he couldn’t get out of the Fonz’s shadow. I’m not sure why this happens to actors. I think it has something to do with the television being in our homes and we begin to relate to these characters as if they’re real people.  We don’t want anything to ruin the fantasy of the character and how genuine they have become to us. Actors in movies seem to be able to move from role to role without the same obstacles as television stars. 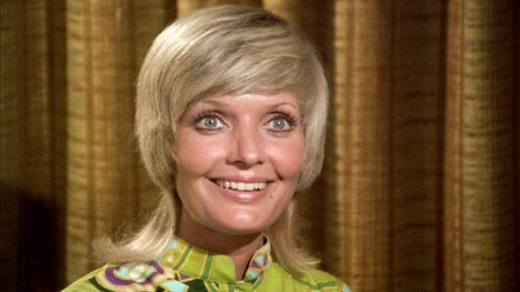 I guess if you have to be typecast in a role, the role of Carol Brady is not a bad one to identify with. In a recent interview, Florence talked about that fact and if she has to be Carol Brady forever, at least the show “represents what everyone wants in life, and that is a loving family, unconditional love, a place to make mistakes, to get angry, to be forgiven, and to forgive. (photo below credited to Closerweekly)

Florence Henderson had four children and many grandchildren and became the type of mother and grandmother she portrayed on television rather than the role model she grew up with. That is certainly a success in any field. Not only did she have close relationships with her own family, but she stayed close to her “Brady family” for the past five decades. If that was not enough, she influenced generations of viewers who hopefully took something of Carol Brady and incorporated it into their idea of what a mother should be like.

I am in that generation who lived for Friday nights to watch The Brady Bunch and The Partridge Family, wanting to be part of their families, even if it was from a living room across the country.  Along with many viewers from that generation, I was sad to learn of Florence Henderson’s death and did feel like someone special from my life had passed away. Certainly my realization of the ideal mother was based partly on Carol Brady, Shirley Partridge, Donna Stone, Kate Bradley, and even Bentley Greg and Steve Douglas.  With each of their passing, it does feel like losing a family member.

Thank you Florence for your positive outlook, your energy, your wide range of interests, your honesty, and your willingness to take on parenting a whole generation of baby boomers. Rest in peace.

2 thoughts on “The Passing of a Pop-Culture Parent”