This fall marks the 50th anniversary of That Girl.  What is it about a show filmed in 1966 that allows it to remain fresh and fun in 2016?  That’s what I was thinking about this week.  As I’ve mentioned before, nostalgia certainly plays into movies and television shows from that era, but there are many more shows forgotten than remembered.  The series that remain in syndication must have something more to them that continues to lure new viewers and retain fans who watched the show live on television when it was first written.

That Girl was on the air five seasons, cancelled not because of bad ratings but at the request of the actors involved in the production.  Five characters stayed the course of the show:  Ann Marie (Marlo Thomas), Don Hollinger (Ted Bessell), Lou Marie (Lew Parker), Helen Marie (Rosemary DeCamp), and Jerry Bauman (Bernie Kopell).  Hundreds of characters made an appearance on one or two, or even ten, shows throughout the years.  The five major characters were the glue that kept the show together – they were real characters who had flaws and made some bad choices, but we truly cared about each of them and liked them for who they were. 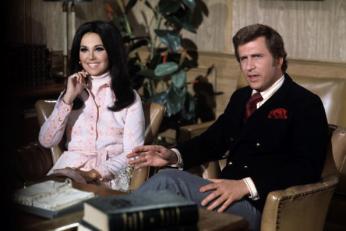 Ann Marie was based somewhat on Marlo Thomas who purposely searched for a vehicle to star in.  Marlo went to school to become a teacher and then pursued her acting dream.  When she got her first apartment, against her father’s wishes, she called home to complain about ants, and her father yelled to her mother, “Miss Independence has ants.”  Her life became the germination for That Girl.  Two great writers, Bill Persky and Sam Denoff, agreed to write for the first year.  Bill’s parents were always referring to his sister as “that girl” which gave the series its name and the opening feature where someone referred to Ann as “that girl” to begin every episode. 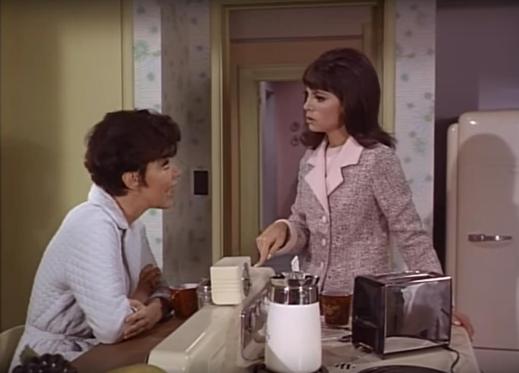 One of the reasons this show remains watchable today can be seen in Marlo Thomas’s take on the series:  “It was not a fall-down funny show.  It was a relationship show.”  I think all great shows have that at the core.  Funny shows go in and out of fashion, but relationships stay valid throughout the decades.

Ann is a sweet, warm, smart young woman just starting out on her career, full of hope.  Don is a kind, funny, well-read guy who truly loves her.  Her parents worry about her, their only child, and want her to be happy.  That is the premise of the show.  We get to watch Ann as she grows as an actress and a person, experiencing joy and disappointment at the way life works. 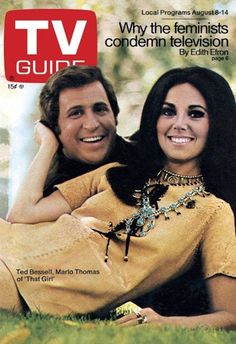 Another reason the show is so good is that they knew when to end it.  Marlo wanted the show to end before the wedding even though Don and Ann were engaged the final season.  Neither Marlo nor Ted thought the marriage would have taken place.  Ted guessed Don would have married someone else and Ann would have a successful acting career, and maybe after his wife died they would have gotten back together again.  But the show was about that time when a young woman is exploring her world and herself and full of hope about her future.  Marlo felt once Ann became a successful actress or married, the show’s concept was gone.

I just wanted to share some of my favorite episodes with you:

What’s In a Name? Debuting in November the first year, this episode is a reworking of the pilot.  Ann’s agent thinks having two first names is confusing and wants her to change her name.  When she comes up with Marie Brewster, she thinks it’s great but her father is hurt.  Despite his unhappiness about the choice, he watches the show on television with her that will show her new name in the credits, only to learn she kept her real name because it was so important to him.

Rain, Snow, and Rice. In February of 1967 Don’s friend Jerry marries Margie; Don and Ann go along as witnesses.  Bad weather forces them to stay at a hotel with one available room for Don and Ann.  They are obviously awkward and uncomfortable.  When her parents call the front desk and realize they are in the same room, they travel to Connecticut to force a marriage, only to find they spent most of the night playing cards fully dressed.

Paper Hats and Everything. The very next show was one where Ann thought her friends were planning a surprise birthday party while her dad took her out to dinner.  There was no party but when they realize she thinks she’s getting one, they quickly plan it and comically inform her father.  Lou and Ann have a very beautiful moment when she asks him if he was disappointed she was not a boy and his answer is sweet and loving, and there is no doubt he was never disappointed. 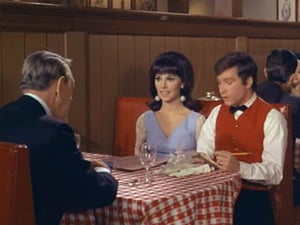 A Muggy Day in Central Park. In this show from 1968, Ann is mugged.  When Don comes to the police station to get her, he learns that there is a task force where the men dress as women to try to catch muggers.  In order to write about it for his magazine, he dresses as a woman and accompanies another officer posing as his boyfriend.  Ann’s dad sees Don in drag and assumes the worst, trying to keep Ann from learning the truth.  Ann, knowing exactly where Don was, cannot figure out what is wrong with her father. 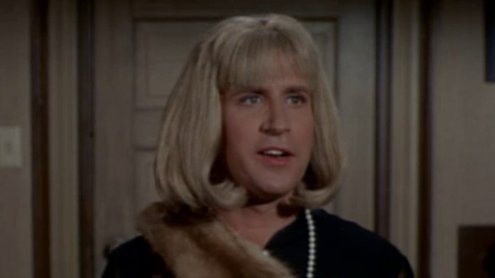 My Sister’s Keeper. This show from 1969 is fun because all of Ann’s siblings and her father are cast.  Ann cannot sing but gets a commercial for her looks, while another singer’s voice is dubbed in.  Ann thinks this is wrong and tries to get the singer to do the commercial, only to realize the singer is a nun and does not want to be in the public eye but loves to sing.  The nun is Marlo’s real sister, her brother plays an agent on the show, and at one point at the convent a priest brushes by Ann, and she says “Excuse me father,” and we realize that priest is Danny Thomas. 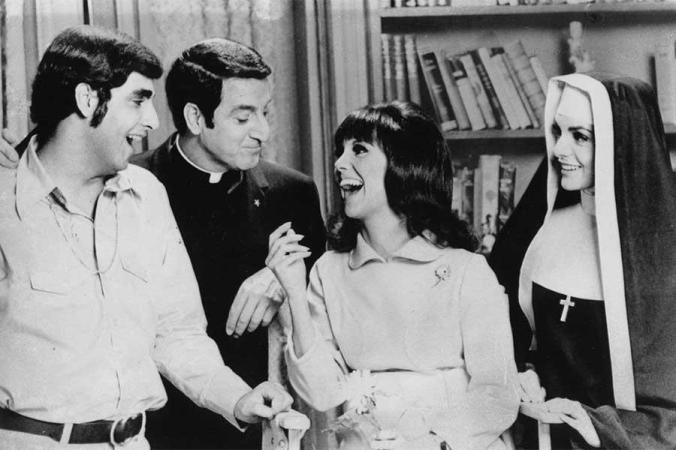 So why do we continue to watch?  Young girls still long to move to the big city to find their careers, young men still fall in love with those girls, and parents still worry about their kids and want them to be happy.  That is quite simply the reason we still love That Girl. 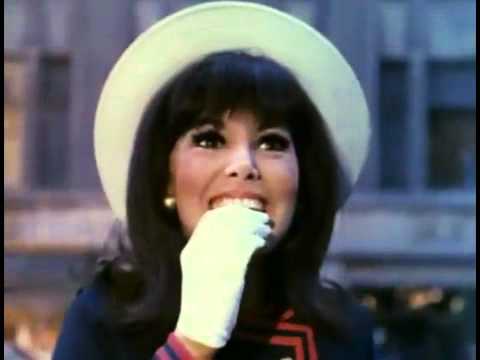