It’s that time of year when the nice weather plays hide and seek, but winter is over, sort of.  Many of us, craving warm weather, tropical flowers, and white beaches, travel to get away, hoping to return home to summer weather.  If you can’t get away this year, come along with me as we set sail to learn about sitcoms set on ships.

Oh Susanna! (1956). Gale Storm stars in this show as Susanna Pomery, the social director of the SS Ocean Queen.  Her best friend is Elvira Nugent (Zasu Pitts), operator of the beauty salon. Roy Roberts plays her boss Captain Huxley. Gale fulfilled her romantic life with the young men she met on the ship. She also was quite the singer and dancer, performing on many of the episodes. The first year, the show beat its formidable competition of Lawrence Welk and the Sid Caesar Show. The series aired on CBS for three years and then moved to ABC for a year before being cancelled. 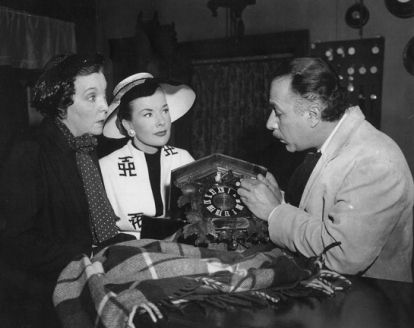 Baileys of Balboa (1964). Set in Bailey’s Landing, Balboa Beach, California, this series featured the Bailey family who live at a beach resort. Sam (Paul Ford) operates an old and somewhat decrepit charter boat, The Island Princess, as well as a bed and breakfast, Bailey’s Landing. The other residents were wealthy boat owners from the ritzy Balboa Yachting Club, including Commodore Wyntoon. He was head of the yacht club and wanted the Baileys’ land to expand the club. The only other Island Princess crew member was Buck Singleton (Sterling Holloway).  He lived in a van and did the cooking and other odd jobs at the bed and breakfast. The rivals’ children were Jim Bailey (Les Brown Jr.) and Barbara Wyntoon (Judy Carne) who had fallen in love. 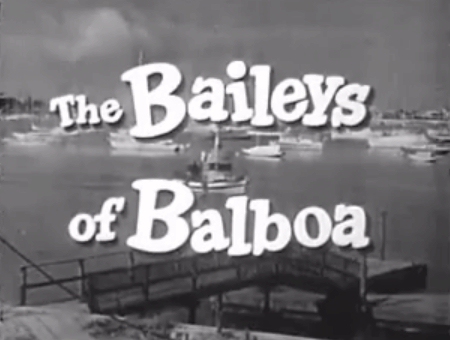 One interesting behind-the-scenes story involved the setting for the filming.  CBS was going to lease an island in Newport Harbor, California near Balboa to film on. Due to the cost, CBS revised its plans.  Six weeks were spent at the CBS studio filming interiors followed by one week on Balboa Island filming exteriors. Every time they switched to Balboa, the sets had to be rebuilt and torn down to capture the realism of the setting. 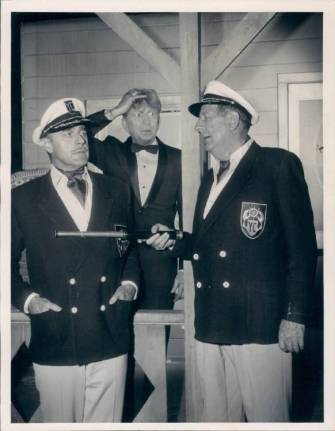 The show lasted one season. The show competed for air time with Peyton Place, a very popular night-time soap opera, making it hard to gain viewers.

The Queen and I (1968).  Larry Storch and Billy DeWolfe were Charles Duffy and Oliver Nelson.  An aging ocean liner, The Amsterdam Queen, is to be sold for scrap.  The crew looks for several “get-rich-quick” schemes to get enough money to save the ship without Officer Nelson knowing. Other cast members included Pat Morita, Carl Ballantine, Liam Dunn, Dave Willock, Reginald Owen, and Barbara Stuart. After 11 episodes, the series was apparently scrapped. 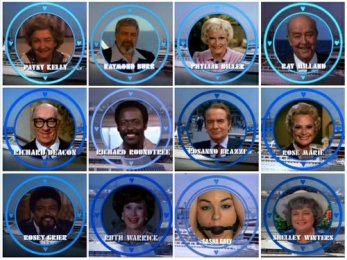 Love Boat (1977). Of course, no list would be complete without The Love Boat which sailed the seas for ten years.  The cast remained the same, but the passengers and their romantic tales changed from week to week. We’ll visit this show in more detail in July.

Suite Life on Deck (2008). Disney’s Suite Life of Zach and Cody set in the Tipton Hotel ran from 2005-2008. The twins lived in the hotel because their mother was the lounge singer.  Somewhat like Eloise at the Plaza, the boys got into mischief and interacted with other employees including the wealthy heiress London Tipton, the candy counter salesgirl Maddie Fitzpatrick, and the manger Marion Moseby.  In 2008 the show sailed off, literally, and became Suite Life on Deck running until 2011. 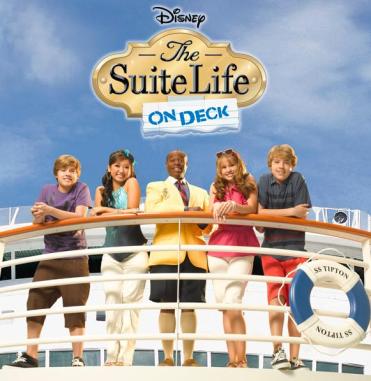 Zack and Cody, along with London Tipton, are in a semester-at-sea school with Moseby in charge of the ship. It cruises the world.  Along with the school, the kids hung out in the lobby, their cabins, the Sky Deck, and the Aqua Lounge. On the show, the ship visited a lot of destinations including Antarctica, Belgium, India, Morocco, and Thailand, along with many more. Of course, Zack and Cody continue to get into trouble along the way.

So, if you’re stuck at home this week, check out one or two of these shows on DVD or YouTube and take a mini vacation.