You would think that shows about advertising would be well done and long lasting.  After all, you want to appeal to an advertiser to pay for the show, right?  Apparently, advertising sitcoms are a hard sell. Let’s look at the shows that featured advertising executives.

Paul Hartman and Fay Wray star as Albie and Catherine Morrison.  Albie is the advertising head of a small newspaper. They have two children: Ann played by Natalie Wood and Albie Jr. played by Bobby Hyatt. Like so many of the family sitcoms, Albie has bad ideas at work and is totally clueless when trying to tackle “handyman” problems at home.  The show was cancelled after a year.

Nine out of ten doctors recommend this one (to put you to sleep!) 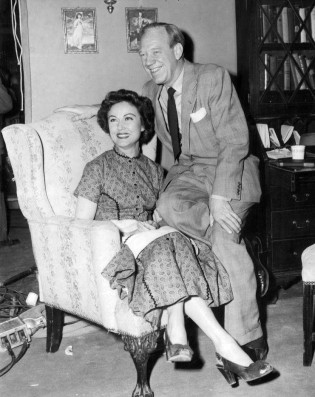 Darrin Stephens works for McMahon and Tate.  We never see Howard McMahon, the chairman of the board, but president Larry Tate (David White) is always threatening to fire Darrin. At least 20 of the episodes feature advertising as the main plot. In one show, Darrin is convinced that Samantha helped him land a big account when he was having creative issues.  In another episode, Samantha comes up with a good idea on her own, and Darrin accuses her of using witchcraft.

Many kids in the 1980s who went into advertising credit Bewitched for its portrayal of the advertising business world as their inspiration. Often, clients would be invited to the Stephens’ home for dinner along with the Tates, and something strange at the house would have to be concealed from the guests.

Many of McMahon and Tate’s clients sold perfume and cologne.  Some of the other memorable clients include Mother Flanagan’s Irish Stew, Gibbons Dog Burgers, Bobbins Buttery Bonbons Candy Co, and Whirl-a-Way Washing Machines. Bewitched was on for 8 seasons; as I have mentioned before in my blogs, had it quit after 6 seasons, it would have been a better show overall.

Don Robinson (Rickles) was an advertising executive in New York. He was constantly fighting the red tape, delays, and other problems caused in fast-paced urban corporations. The cast included his wife Barbara (Louise Sorel), daughter Janie (Erin Moran, pre-Happy Days), and neighbors the Benedicts (Robert Hogan and Joyce Van Patten). For a fast-paced show, it had a slow start and was cancelled after 7 episodes.

This truly was available for a limited time only.

Sandy worked for Quinn (Tom Bosley) & Cohen (Alfie Wise). Her neighbors were also her closest friends. Kay Fox (Marian Mercer) and Alex Lembeck (M. Emmet Walsh). Alex was a police officer and took it upon himself to make sure this single girl living alone was safe.  After three months, he didn’t have to worry because the show was finished.

This show was so new and improved that they changed almost everything about  it after season one. In 1972 it got a new title, new cast members, an additional producer, different writers, and updated filming techniques.  Other than that, it was the same show! 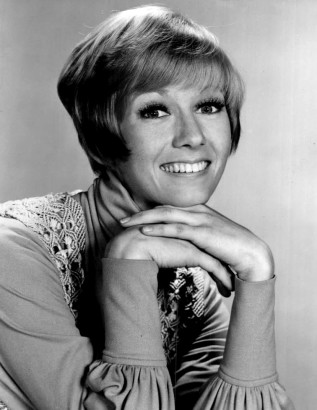 Henry (Peter Scolari) and Kip (Tom Hanks) were advertising designers who needed a place to live.  The one place they did find was condemned and demolished in the middle of the night when they were sleeping there. Their friend Amy, also the receptionist at their firm, got them an apartment in her building.  The only catch was that she lived in a woman’s only building, so they had to become Hildegard and Buffy at home.

Of course, they wanted to date several of the women they lived with. Kip falls in love with Sonny, played by Donna Dixon.  She dated “Kip,” but was friends with “Buffy,” whom she thought was Kip’s sister. Amy had a crush on Henry and kept their secret.  The guys also had to deal with their difficult boss, Ruth Dunbar (Taylor Holland).

The network cancelled the show after the first year. Viewers started a writing campaign to save the show, so the network relented and gave it a second season.  The guys reveal their identity early in season 2 to the rest of their co-tenants.

The network cancelled it for good after the second year. Scolari and Hanks were not unlucky in their careers afterward. Scolari would go on to star in Newhart and Hanks became a huge movie star.

With this series, you got two for the price of one – two great comedians! 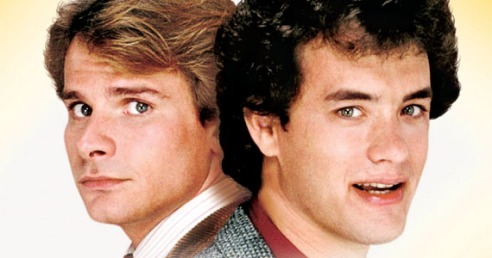 Created by David E. Kelley, this show starred Robin Williams and Sarah Michelle Gellar. It was based on the true-life experiences of John R. Montgomery at the Leo Burnett ad agency in Chicago. This was the first show to star Williams since Mork & Mindy and it was the last show he did before his death.

Montgomery’s name is changed to Simon Roberts who lived hard but could sell anything to anyone. He brings his daughter Sydney (Gellar) into the firm. She has romantic feelings for coworker Andrew (Hamish Linklater) but doesn’t want to ruin their friendship.  He reciprocates the romantic feelings but respects her decision.

Two other coworkers are part of the cast.  Zach Cropper (James Wolk) is a copywriter.  He is a shallow playboy, but his good looks attract customers even though he is useless in copywriting. Lauren Slotsky (Amanda Setton) is Simon’s assistant.  She comes across as ditsy but is smarter than she appears.

The show had a huge audience for the debut, but it received mixed reviews and was cancelled after 22 episodes because of low ratings.

Watch this show and never have bad breath again.  Ok, that’s not true, but isn’t that the point of some ads? 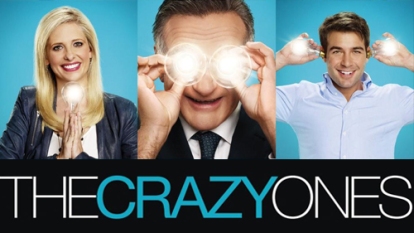 Advertising seems like it could be a perfect sitcom theme.  You could feature different companies and issues every week, but apparently advertisers don’t have much of a sense of humor, or maybe they think they are much funnier than these shows portrayed them. I was truly amazed at the lack of shows about advertising and even more surprised that Bewitched was the only show about advertising to last very long on the air.